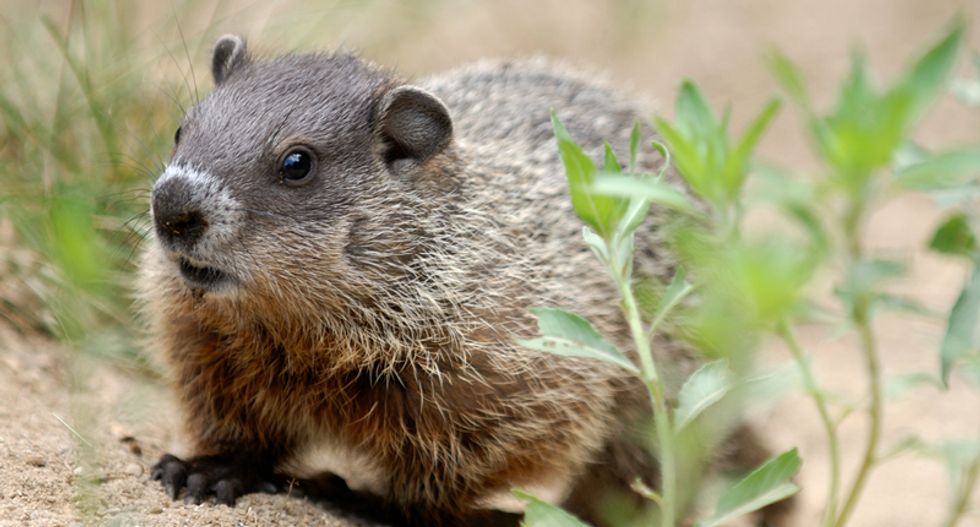 Woodchuck -- also known as a groundhog or whistlepig -- via Shutterstock

While police officers across the country are being let off the hook by prosecutors and grand juries for shooting unarmed citizens, two Rensselaer County cops are learning that there are limits to what they are allowed to get away with.

According to the Times Union, intentionally running over a ground hog with a golf cart  has resulted in the suspension of the two police officers -- with both of them facing firing for the act.

Tyler Sammon, a 3-year member of the force, and officer Matt Spath are accused of intentionally chasing down an exhausted woodchuck -- also known as a groundhog or a whistlepig -- on a Troy golf course until it collapsed, and then running it over as horrified witnesses looked on.

Saying an investigation is ongoing, Police Chief Rick Fusco has suspended both officers -- with pay -- but said that is not the end of it.

"If in fact this alleged situation happened, I will be recommending they be terminated," he said. "There is no room in any police agency for a person like this to be carrying a badge and a gun."

While it is not illegal to kill a woodchuck, a Troy city law bans killing animals in the park.

Although Spath was only a passenger in the cart, Fusco said he was equally culpable.

"The other officer has an obligation to come forward if something intentionally was done like that," Fusco said before adding, "It's awful. It's humiliating. I've been through a lot in this department and this is the most humiliating."