ABC reporter shreds Milo Yiannopoulos: 'You're an idiot ... What grade are you in?' 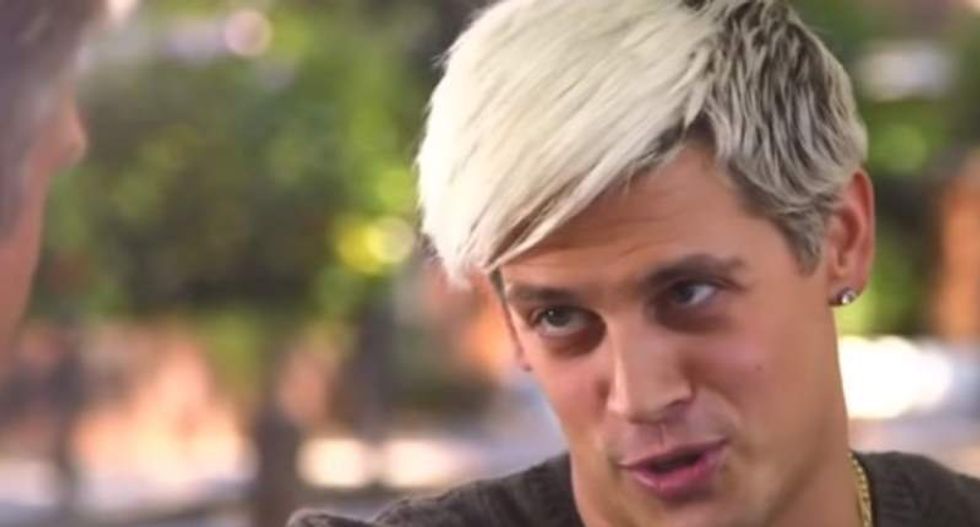 ABC News reporter Terry Moran did not buy into Milo Yiannopoulos' self-portrayal as a "virtuous troll" in an interview slated to be aired Friday on Nightline, Queerty reported.

"If Leslie Jones were right here, would you say, 'You look like a dude'?" Moran asked.

"Yeah, probably," said Breitbart.com's tech editor, who was banned from Twitter after leading a harassment campaign against the comedian.

"You would say that to her," Moran said.

"I probably would," Yiannopoulos insisted.

"Then you're an idiot," Moran replied.

Yiannopoulos argued to Moran that he found the wave of racist and misogynist abuse hurled at Jones in support of him "disgusting," but rejected the idea of telling his thousands of Twitter followers at the time to back off.

Later in the interview, Moran berates Yiannopoulos for his sexist stances.

"You're going to go after somebody’s body to denigrate their ideas? What grade are you in?" he asked. "Are you a 13-year-old boy? Because somebody doesn't have a weight that you think is proper? That's revolting."

Watch footage from the interview, as published on Friday, below.