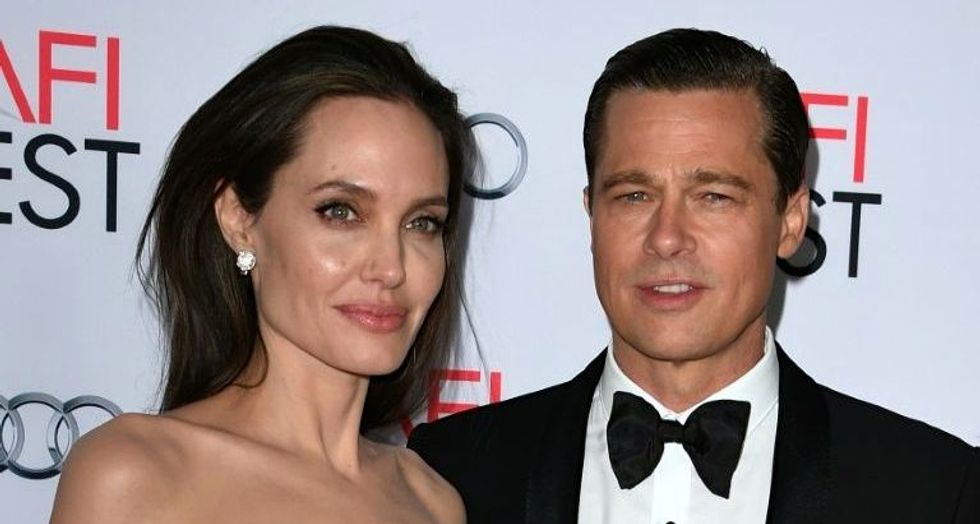 Angelina Jolie has filed for divorce from Brad Pitt and is seeking custody of their six children, TMZ reported Tuesday, spelling the end for "Brangelina," one of Hollywood's highest-profile celebrity couples.

According to the entertainment news site, the 41-year-old Jolie filed legal documents on Monday citing irreconcilable differences with Pitt, 52, listing their date of separation as September 15.

Two of the world's biggest stars, they formed a Hollywood power couple second to none, so famous they were known simply by their combined first names.

The A-listers wed in France in August two years ago, but have been together since 2004 and have six children together, three of whom are adopted.

Jolie is seeking physical custody of the children, with visiting rights for Pitt, according to TMZ, which said she was not seeking spousal support.

Pitt came into the public eye 25 years ago with a much-talked-about shirtless debut as eye-candy in the hit movie "Thelma and Louise" -- and went on to become a household name in Hollywood.

A two-time Oscar nominee for his acting, Pitt took home a golden statuette as producer for best picture "12 Years A Slave."

Jolie catapulted to stardom with her role in 1999's "Girl, Interrupted," taking home an Academy Award for best supporting actress for her fierce portrayal of a rebellious woman in a mental institution.

The red carpet darling is now better known for her humanitarian work than for her tabloid-ready actions, having served for several years as a goodwill ambassador for the United Nations High Commissioner for Refugees.

She is also one of the world's most visible symbols in the battle against cancer, having undergone a double mastectomy and removal of her ovaries and fallopian tubes to prevent an aggressive form of the disease that killed her mother, grandmother and aunt.

Jolie had been married twice before, to actors Jonny Lee Miller and Billy Bob Thornton.