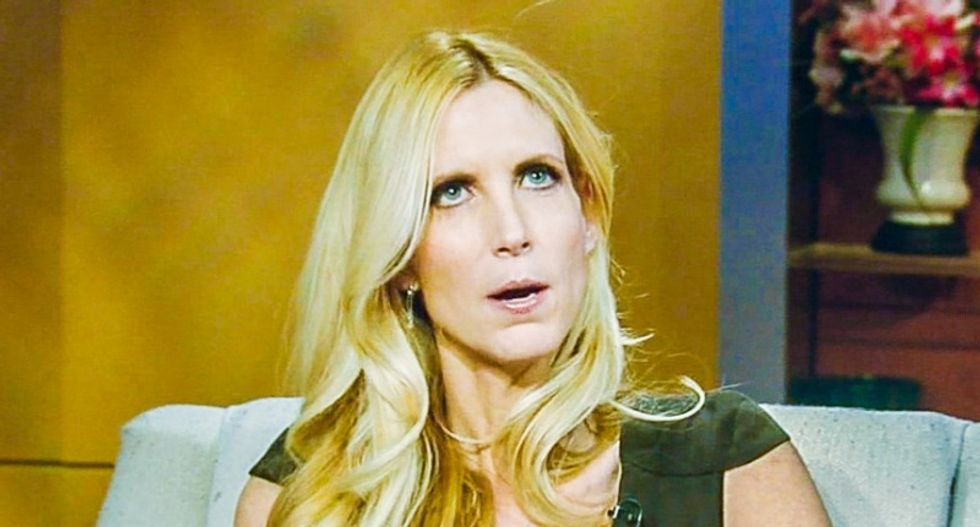 Ann Coulter continued picking up the pieces after her humiliation at Comedy Central's Rob Lowe roast, where most of the best jabs were at her expense.

The conservative commentator insisted during a lengthy interview with Politico's Glenn Thrush that she was more of a standup comic than a traditional pundit -- despite flopping hard with her own material at the roast, which she claims was deceptively edited to make her look worse.

"I'm Ann Coulter, I'm not going to (curse)," she said. "I have a certain reputation to uphold. So I thought (my jokes) were -- well, they were good, and I didn't see the final. But, you know, cutting down whatever it was to more than three hours to two hours, I mean, to act like -- of course, that was an edited production. Do people think reality TV is real?"

Coulter insisted she wasn't hurt by the jokes, and even singled out singer Jewel's slams as hilarious, but she didn't like being called a vile term for female genitalia.

"I didn't get the gene that makes me care about what other people think," she said. "I'm much like Trump that way. I don't really care. They're just words. I'm of the sticks-and-stones school, and now that I have demonstrated what it's like to not be a delicate little snowflake with thin skin."

Coulter suggested her political opponents should similarly shrug off her own insults against groups of people because some comedians insulted her at a televised roast.

"I think maybe it's time for liberals to not start weeping when I say things like 'retard' or 'illegal alien,'" she said. "I listened to 'Ann Coulter is a C word' apparently 19 times because somebody counted it up yesterday."

She suggested that Thrush was aware of an alleged conspiracy by the Washington Post to delete comments that could prove Trump was not mocking the disabled reporter, but instead makes the same gestures to mock others.

"They're hiding a lie," she said. "It was completely invented by the media. They're outrageous lies. I just can't keep up with the Mount Vesuvius of lies."