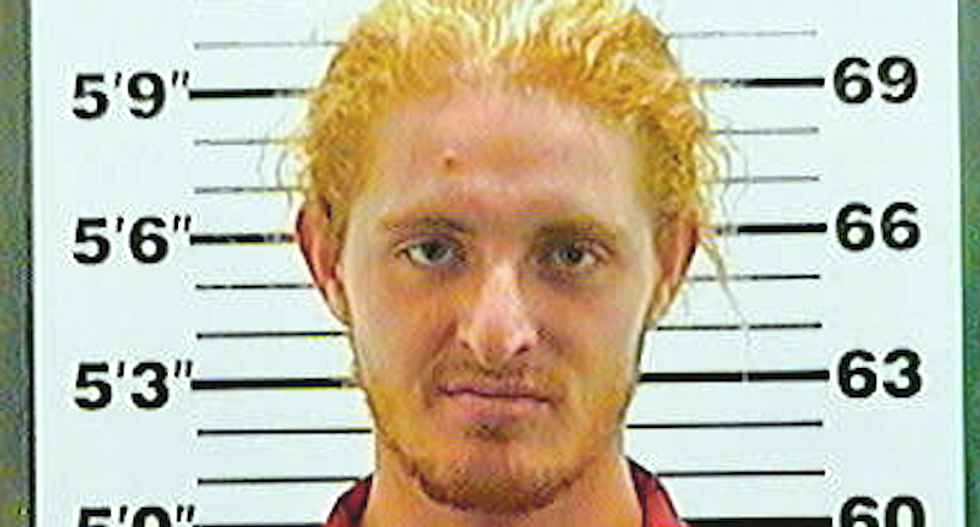 FBI agents arrested Daniel Schiffmiller before the raids Wednesday for violating the conditions of his release following another arrest several weeks earlier, when he was charged with resisting arrest, assault on a peace officer and two counts of unlawful carrying of a deadly weapon, reported the Santa Fe New Mexican.

Police said the 21-year-old Schiffmiller identifies himself as a "sovereign citizen," and his own father -- whose house was searched as part of the investigation -- told the newspaper his son had become obsessed with internet conspiracy theories.

Gary Schiffmiller said his son read online about the loosely organized anti-government movement, which the FBI describes as the leading domestic terrorist threat, but he didn't believe he had broken any laws.

“I think his biggest crime is being a gullible, foolish adolescent,” the father said.

FBI agents also searched the home of Schiffmiller's mother, but they have not said whether they found any evidence of explosives at either house.

Schiffmiller was arrested last month after police spotted him recording video of a traffic stop, and officers said he charged at one of them.

The elder Schiffmiller said his son was actually chasing his dog that got loose during the encounter.

The arresting officer said Schiffmiller had two 9 mm handguns, each with a round in the chamber, tucked into his waistband and four more ammunition magazines in his pockets.

He did not hold a concealed carry license for the weapons, and Schiffmiller had placed a sticker on his driver's license, reading: “Peace Traveler, I am man, sovereign and foreign to fiction. I have no identity to my legal name whatsoever, I am not a natural person or legal entity of any kind whatsoever, I do not weive [sic] immunity nor do I grant jurisdiction.”

The arresting officer said Schiffmiller told him he was out of his jurisdiction when he read his Miranda rights.

Federal agents seized Schiffmiller's computer and other items, but they have not released any details about the investigation.

The man's father said he's not sure what evidence they found, but he said FBI agents suggested they may have enough evidence to charge his son.

“A week ago, I may have told you that they exaggerated,” Gary Schiffmiller said. “But they implied that they have dug up more than I realized about him.”