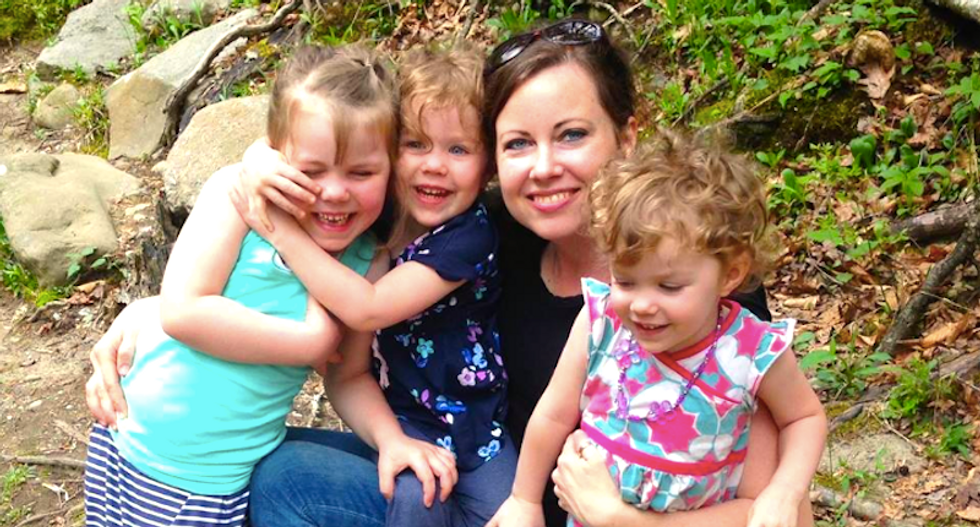 An anti-vaccine mother explained how she changed her mind on inoculation after her own children became seriously ill from an easily prevented virus.

Kristen O’Meara told the New York Post how she sought out anti-vax books and websites to support her belief that vaccines were linked to autism, allergies and ADHD, and she found a pediatrician who was willing to let her skip vaccinations for her three children.

"I got absorbed in the anti-vax culture and secretly thought of myself as being superior to others," O'Meara said. "Parents who vaccinated didn’t have my special investigative skills. As far as I was concerned, they didn’t stop to question and were just sheep following the herd."

"Speaking of herds, I knew that the great reduction in diseases had a good deal to do with clinical vaccinations," she said. "I just thought: 'Let someone else take on the risks of vaccinating.' It was a very selfish viewpoint because I had the best of both worlds. I knew that my daughters had a low risk of contracting vaccine-preventable diseases — precisely because vaccination is effective. I had faith in herd immunity while questioning its very existence."

The 40-year-old Chicago mother, who first told her story to Voices for Vaccines, began to question her views after her children contracted the painful and potentially deadly rotavirus, which can be inoculated against, and were later rejected from a preschool because they weren't vaccinated.

So she started researching the issue with an open mind, rather than to confirm what she already believed.

"Then I started researching the intentional bias of the anti-vax reports," O'Meara said. "I wondered what would happen if I looked for confirmation of the efficiency and safety of vaccination. I read several books by Paul Offit, the co-inventor of a lifesaving rotavirus vaccine — who’s an indispensable purveyor of truth — as well as “The Panic Virus,” a logical, comprehensive argument for vaccines by Seth Mnookin."

She eventually changed her mind and got her daughter caught up on their vaccination schedules, although O'Meara admits she lost a good friend who was anti-vax.

"I’m frustrated with the amount of misinformation I encountered when I set out on this journey. But in the end I am thankful, for the sake of Natasha, Áine and Lena, that I was able to reassess my position and accept information that is based on well-established, sound scientific evidence," O'Meara said.

"If I can make even one anti-vaxxer think twice, speaking out will have been worth it."