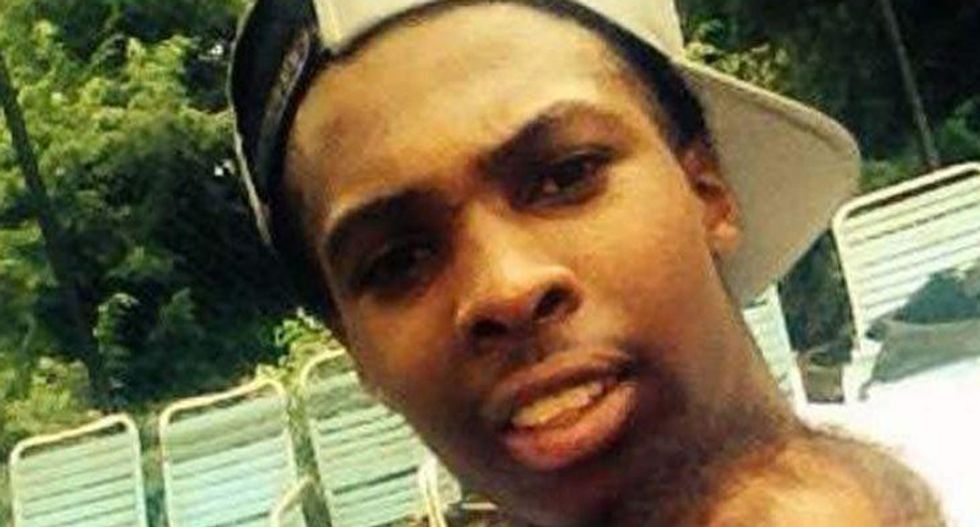 A 21-year-old man, who was beaten by police after they responded to a 911 call requesting medical assistance for him, died in a Baltimore area hospital on Wednesday, reports the Guardian.

Tawon Boyd was pronounced dead after doctors failed to revive him following his encounter with the police where he was allegedly punched multiple times and choked by an officer.

According to initial reports from the Baltimore County Police Department, officers responded to a 911 emergency call from Boyd’s girlfriend Deona Styron, but an attorney for Boyd's family states that the victim is the one who placed the call.

Attorney Latoya Francis-Williams claims Boyd made the call requesting an ambulance because he was feeling disoriented and wanted to be taken to the hospital.

“They really were supposed to be there to get him to the nearest healthcare facility,” Francis-Williams said in a statement.

Responding officers stated that Boyd appeared "confused and paranoid” and asked them to enter his house to see who was inside after telling them that his girlfriend, “got him intoxicated and is secretly recording him while someone else is in the home."

While police were on the scene, Boyd tried to climb into two different police cruisers before running to a neighbor's house where he banged on the door and pleaded with them to call the police.

According to Boyd's attorney, the police attempted to restrain Boyd, describing it as an "attack."

“He is literally attacked. And by attacked, I mean the witness [Styron] is describing that he struck many times and struck to the ground,” Francis-Williams explained. “Officer Bowman is the one that when he arrived, really started wailing on Mr. Boyd, meaning Mr. Boyd was on the ground in a prone position and Bowman sat on him, almost straddled his back, and put his left arm under Boyd’s neck and pulled his head up in a choking fashion.”

In the police report, they describe Boyd being struck by twice in the head by an officer with a closed fist.

The police report states, “officers were able to get him under control by using our body weight to keep him on the ground. Officer Bowman controlled Suspect Boyd’s head and arms by holding him down with his arms while I held Suspect Boyd down by leaning on his buttocks/thigh area with my knees and using my arms.”

“According to the witness, Mr Boyd was screaming ‘stop stop, I can’t breathe.’ That could have been from the choking but at the same time, Officer Bowman is punching and striking Mr Boyd in the face and in the neck area,” Francis-Williams said of her conversation with Boyd's girlfriend who witnessed the incident. “The witness described that after a little she’s screaming stop and Mr Boyd is kind of foaming at the mouth or spitting and his body goes limp.”

The incident report states the arresting officer asked the paramedics to check for Boyd's pulse and that he did have a heartbeat before being transported to a local hospital.

While no autopsy report has been released, the report notes that Boyd ended up in intensive care.

There was “swelling on the brain and fluid on the brain because the doctors attempted to drain that,” claimed attorney Francis-Williams, adding, "“My understanding is his kidneys end up failing and at some point, his heart stops.”

Authorities expect the autopsy to be completed within a month.