'Better food in a Turkish prison': Yelp shuts down page for restaurant with 'Muslims get out' sign 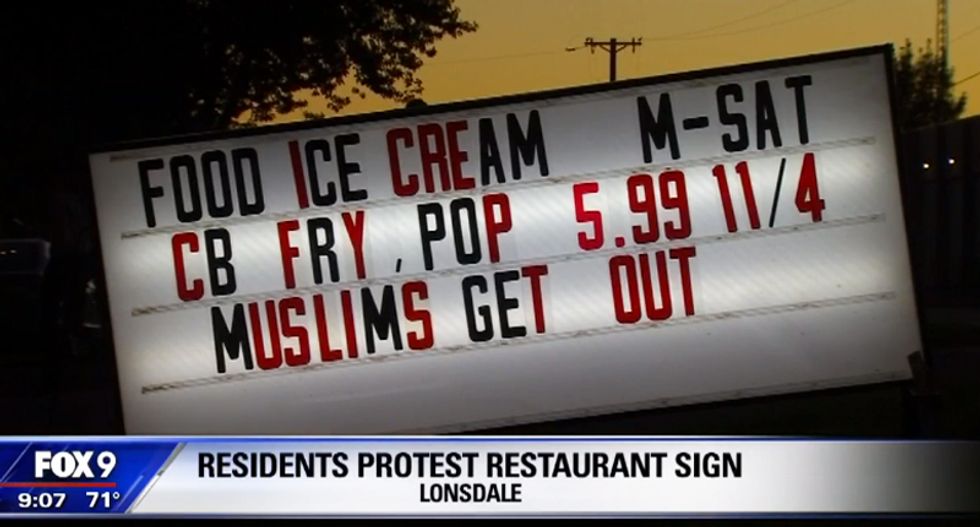 A Minnesota restaurant that is under attack for a billboard stating "Muslims get out,"  saw their Yelp page get shut down on Tuesday as administrators attempted to "clean-up" the flood of negative reviews.

The Treats Family Restaurant in Lonsdale, has been under attack after posting the sign following the knife attack at the Crossroads Mall in St. Cloud, reports  KMSP.

According to the restaurant owner, who identified himself only as "Dan,"  he's not a racist and he would have included "extremists" in his message but he ran out of room.

“I didn’t want to put ‘terrorist’ on the board, so we were going to put ‘Muslim extremist,’ but we didn’t have room on the board,” he explained. “People started taking it the wrong way and thinking we were against Muslims in general and we’re not, quite the opposite. We are not racist.”

Not everyone was buying his explanation,and many took to Yelp to express their displeasure.

While Yelp has shut down comments with an explanation that the page is in the process of an "Active Cleanup" -- noting that the business has been in the news -- City Pages gathered up a few choice comments before the shutdown.

"The fact that I even have to give this disgusting restaurant a star is blasphemous. You're entitled to your free speech, and I'm entitled to mine" wrote Shadon G. "My friend wanted to eat a burger, but was shocked to see she wasn't allowed inside. "MUSLIMS GET OUT" was displayed on their warm welcome sign. Stay classy."

One commenter claimed, "Better food in a Turkish prison."

Another review below, via City Pages where you can read more: 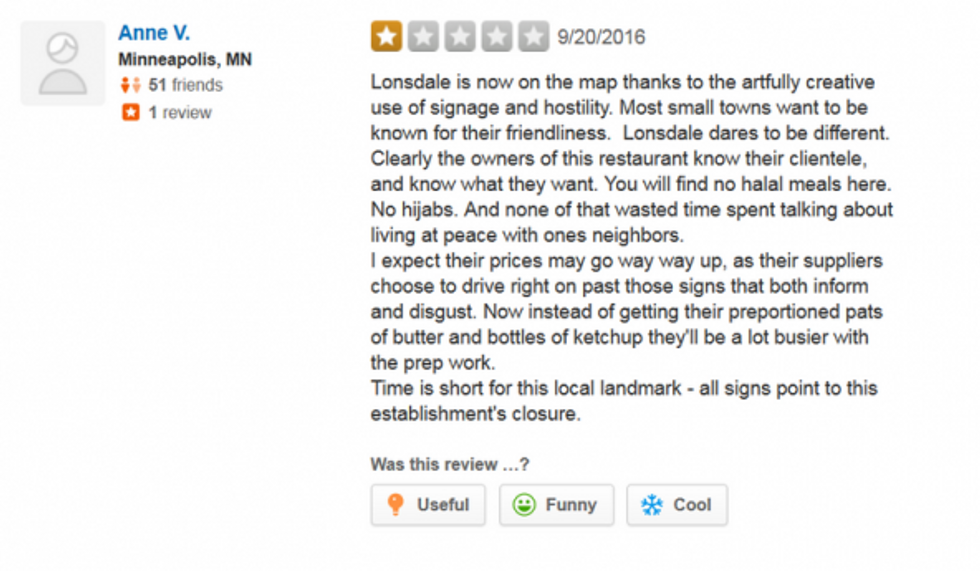 Watch the video below via KMSP: