California first US state to promise overtime to farmworkers 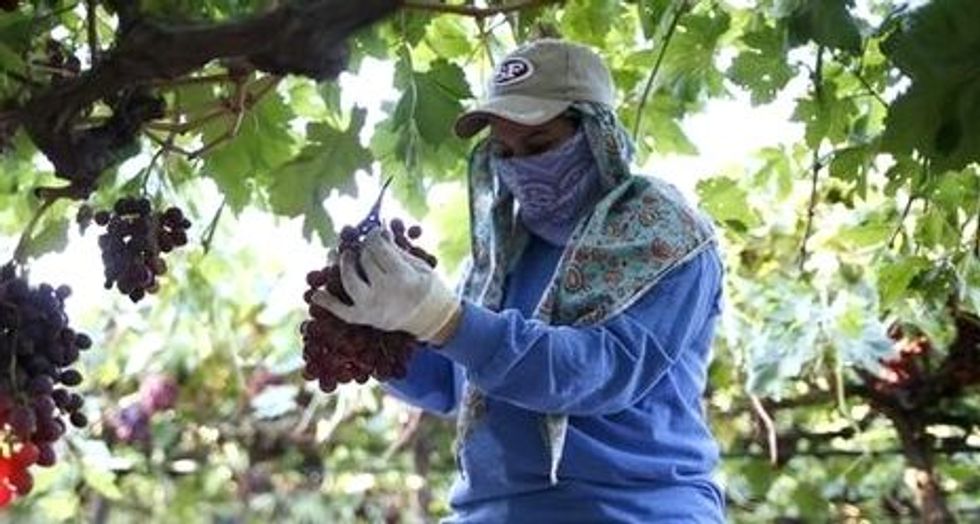 California will become the first U.S. state to require farmers to pay overtime to field workers and fruit pickers under a bill signed on Monday by Democratic Governor Jerry Brown.

The bill would phase in overtime pay for farmworkers from 2019 to 2022. In an industry where a work week during the harvest season can be as long as 60 hours, the measure requires farmers to pay overtime after eight hours per day or 40 hours per week.

Smaller farms would have three additional years to comply with the new law.

Barring similar actions by other states before California's law kicks in, the most populous U.S. state is set to become the first to require overtime for farm workers.

The new law, part of a sweeping liberal agenda that passed in the last months of the 2015-2016 legislative session, ends an exemption meant to benefit farmers during the Depression-era implementation of the nation's first wage and hour laws.

Other states and the federal government continue to exempt farm workers from overtime and other protections. Supporters, including Latino lawmakers whose parents and grandparents worked in the fields as migrant laborers from Mexico, say the change rectifies years of unfair practices.

But opponents, including many farmers and most Republican lawmakers, said that agricultural work is seasonal, with 60-hour weeks during the harvest and planting seasons, and no work at all during other parts of the year.

Requiring overtime, these opponents say, would be prohibitively expensive, leading farmers to cut back hours for pickers during a time when the workers need to be earning more to make up for months of unemployment during other parts of the year.