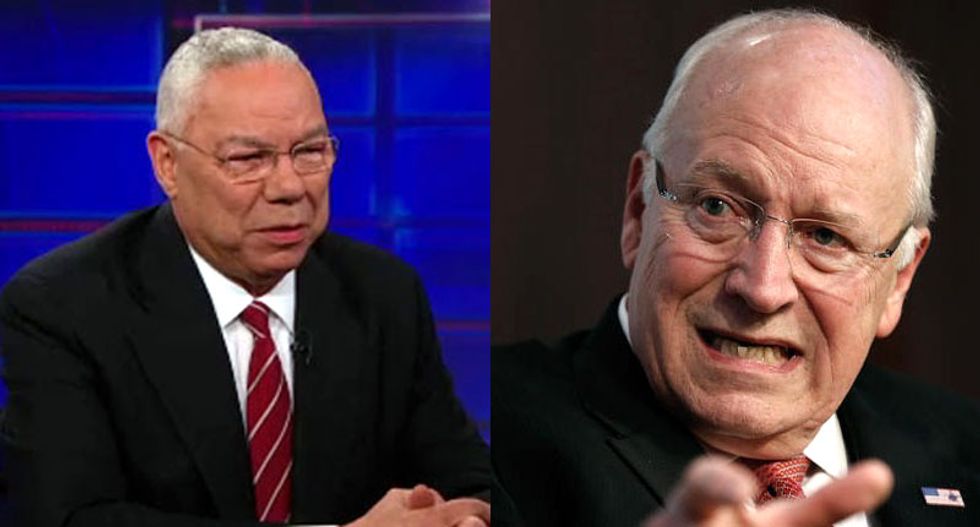 BuzzFeed News reported Wednesday that among the hacked emails from Colin Powell's account was scathing criticism of his former Bush administration colleague.

In fall of 2015, Dick and Liz Cheney co-authored the book Exceptional: Why the World Needs a Powerful America, part of Liz Cheney's run-up to campaigning to represent the state of Wyoming in Congress.

Powell -- in an email to Pres. Ronald Reagan's former chief of staff Kenneth Duberstein -- said of the Cheneys "They are idiots and spent force peddling a book that ain’t going nowhere.”

Powell replied, "Scary and the usual suspects. Will pass without a trace with most Americans.”

In Exceptional, the former vice president took swipes at Pres. Barack Obama, calling him "the worst president in my lifetime." He also took on former Pres. Jimmy Carter's legacy as a means of attacking Obama, writing, "I used to have significant criticism of Jimmy Carter, but compared to Barack Obama and the damage he is doing to the nation -- it’s a tragedy, a real tragedy, and we are going to pay a hell of a price just trying to dig out from under his presidency.”

When BuzzFeed News asked Powell about the emails in a phone conversation, he said, "Okay, bye bye," and hung up.