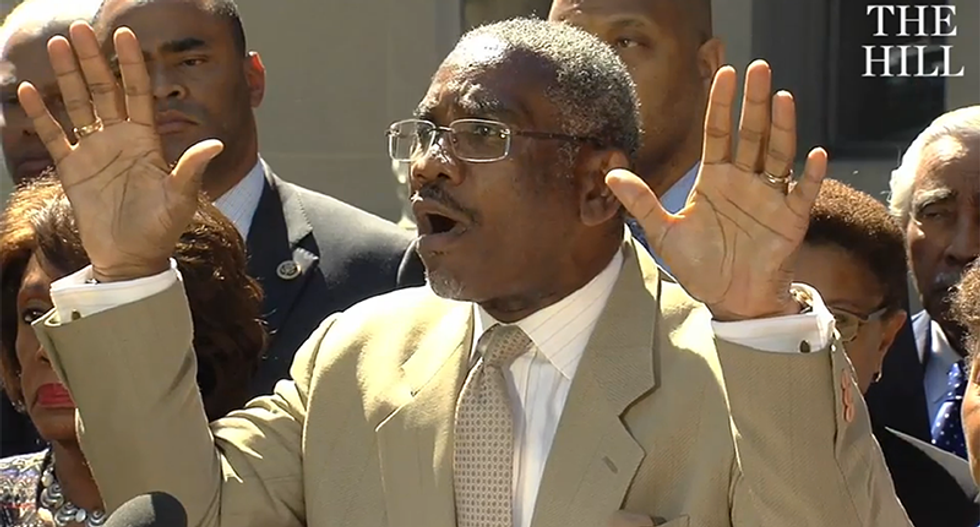 Members of the Congressional Black Caucus are taking a powerful stance against the Charlotte Police Chief who they say "absolutely" must release the video of the officer-involved shooting of Keith Lamont Scott.

According to a report from The Hill, CBC members marched to the Justice Department on Thursday to deliver a letter to Attorney General Loretta Lynch that demands federal action now. The letter outlines the members' concerns with the Scott shooting as well as the Terence Crutcher shooting in Tulsa, Oklahoma earlier this week

"I believe that the video should be released right away because when they’re not, distrust builds in the community; distrust about altering them, distrust about whether they’re going to get to know the truth," said Rep. Eddie Bernice Johnson (D-TX).

"Put your hands up. I tell everybody in my neighborhood, you stop, put your hands up so that everybody can see where they are," Rep. Gregory Meeks (D-NY) said during a press conference. "And yet, we still have somebody that's dead. We need the Attorney General to act. We need her to act now. And the members of the Congressional Black Caucus are not going to sit back and do nothing."