Construction of Georgia mosque halted due to threats by armed militia 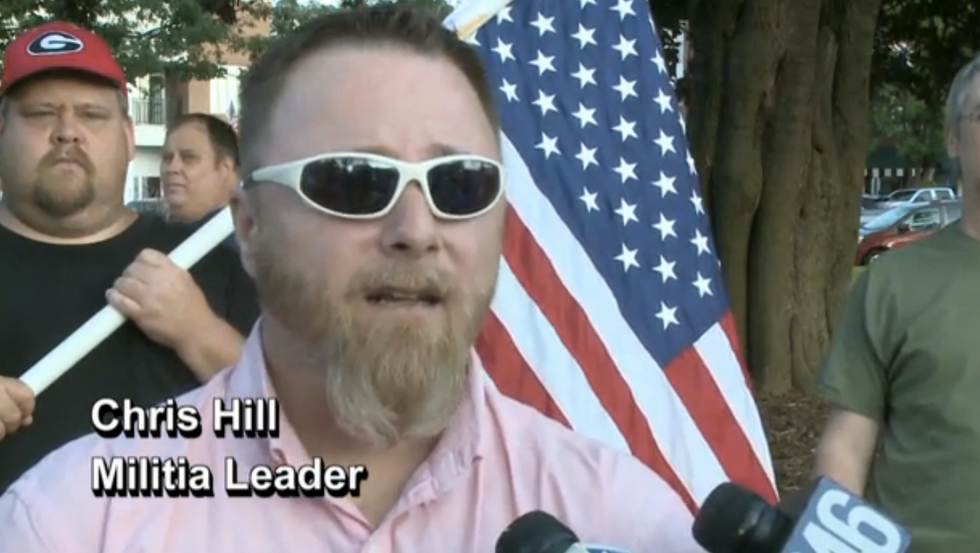 A meeting about whether to lift a moratorium on the construction of a mosque in an Atlanta suburb was canceled on Tuesday after a video made by right-wing militia members led to fears of armed violence.

According to NBC News, officials in Covington, GA canceled a city planning meeting dedicated to voting on whether to proceed with the construction of a new mosque and Muslim cemetery in the town.

Chris Hill -- leader of local militia group the Three Percent Security Force -- told reporters that he made the video during a weekend protest against the mosque.

"I was just shooting from the hip is what I was doing, and saying, 'Right over there, this is going to be a future ISIS training group. This is where you're going to see terrorism taking hold in Newton County.' It's tied to terrorism, everything from 9/11 to Boston bombings to the Fort Hood shooting, to the coup in Turkey. It's all connected," said Hill, who goes by the name "Blood Agent" in his videos.

On Tuesday, armed militiamen protested outside the site of the proposed meeting, some carry assault weapons, others with sidearms. One man walked in circles shouting through a megaphone.

Hill, a Marine veteran, said that at no point has his group made violent threats against city officials, but Newton County administrators took the video seriously enough to postpone the planning meeting.

The group hoping to open a house of worship and consecrate ground to bury their dead quietly filed for a permit to build the mosque earlier this year, but local newspaper the Newton Citizen made the plan public knowledge, prompting outrage, in August.

In mid-August, city officials declared a moratorium on the project. Tuesday's meeting was ostensibly intended to take a vote on whether to lift the restriction.

Hill told WXIA that he will continue to protest if plans for the mosque go forward.

Edward Ahmed of the Georgia chapter of the Council on American-Islamic Relations told WXIA that this is typical of many Muslims' experience in the U.S. in our divided political climate.

"American Muslims, every time that we go outside, we are standing up to extremists. If we can do that, then a county commission surrounded by law enforcement officers should be able to do the same thing," he said.