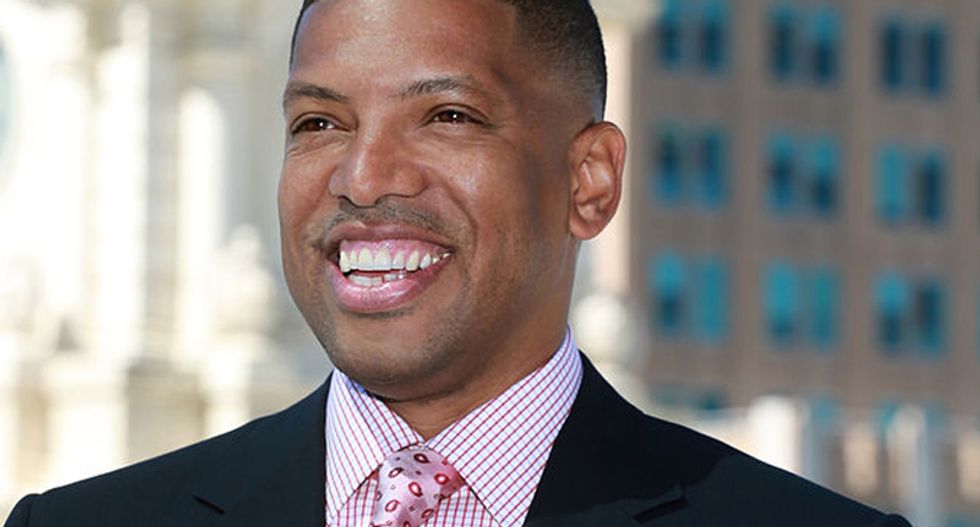 California Mayor Kevin Johnson was hit in the face with a pie during a fundraiser at a charter high school on Wednesday by a man who was then arrested for felony assault, local media reported.

Johnson, the mayor of California's capital city, was talking to dinner guests when a man grabbed him by the arm and hit him the face with a pie that he brought with him, sources told the Sacramento Bee newspaper.

Johnson, who thought he was punched in the face, hit the man back, his spokeswoman Crystal Strait told the newspaper.

Sean Thompson, 32, was restrained and arrested on felony charges of assaulting a public official. Thompson was treated for a minor injury at a hospital, the Sacramento Police Department said in a statement.