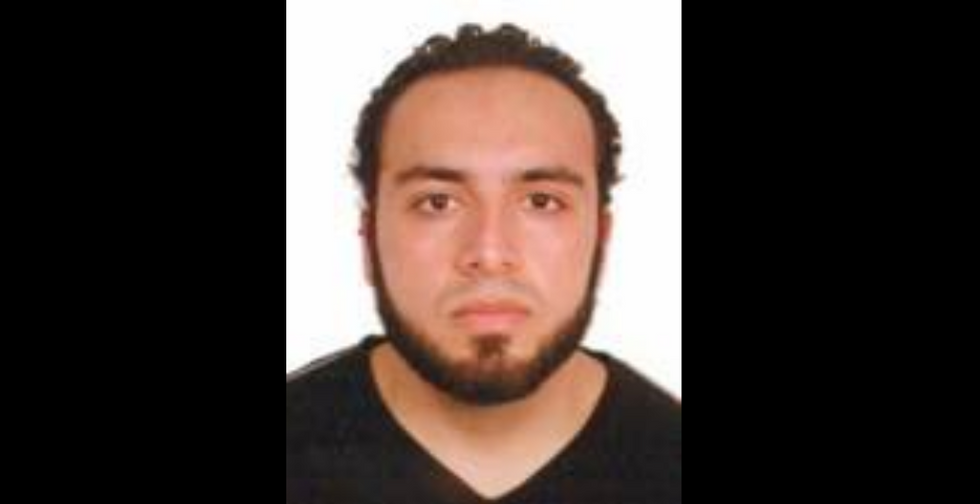 The father of the Afghan-born man arrested after weekend bombings in New York and New Jersey reported concerns about his son to the FBI in 2014, but officials took no action after reviewing the complaint, the father and law enforcement officials said on Tuesday.

U.S. authorities on Tuesday investigated whether Ahmad Khan Rahami, the naturalized American citizen captured on Monday in New Jersey after a shootout with police, had accomplices in the bombings or if he was radicalized during trips to Afghanistan and Pakistan.

Rahami was suspected in weekend bombings, including a blast on Saturday night in New York's crowded Chelsea neighborhood that wounded 29 people, and two in suburban New Jersey including one earlier on Saturday near a Marine Corps charity run in Seaside Park that caused no injuries.

His father, Mohammad Rahami, briefly emerged on Tuesday from the family's restaurant in Elizabeth, New Jersey, telling reporters, "I called the FBI two years ago."

A U.S. law enforcement official confirmed the elder Rahami had twice met with the FBI, first saying that he was worried his son was hanging out with people who might have connections to militants, but two weeks later contending his real concern was that the son was associating with criminals.

The FBI tried to check out the father's story, and conducted what officials now describe as an "assessment" of that information. However, investigators found no evidence to prompt a full-scale investigation into the son, and the initial investigation was closed without action, the law enforcement official said.

At the time, the son was being held on an assault charge for stabbing his brother during a domestic dispute, another law enforcement official said.

Rahami, 28, was arrested on Monday in Linden, New Jersey, not far from Elizabeth, where his family lived above their storefront First American Fried Chicken restaurant. The family was known to local authorities for frequent disputes related to the restaurant, which had received noise complaints for staying open very late into the night.

The bombings put New York, the largest U.S. city, on edge and fueled a political debate about U.S. security seven weeks before the presidential election, with candidates Donald Trump and Hillary Clinton again clashing on the threat posed by Islamic militants.

Two U.S. officials said Rahami had traveled to Afghanistan and to Quetta, Pakistan. The official, and other U.S. security sources, said Rahami underwent additional security screening upon returning from abroad but passed on every occasion. One of the officials, who specializes in counter-terrorism, said the "secondary" screening included asking Rahami where he had gone and for what purpose.

"There could have been a more intensive holding and screening in that situation," U.S. Senator Angus King, an independent from Maine, told CNN. "The problem is what happened next didn't really go into any depth."

Rahami had emailed U.S. Representative Albio Sires of New Jersey, whose congressional district includes Elizabeth, in 2014 from Pakistan, raising concerns about his wife's visa issues, said Mark Gyorfy, a spokesman for the congressman.

Rahami and two police officers were wounded in the exchange of gunfire before his arrest.

He was listed in critical but stable condition as a result of his wounds, and police had not yet been able to interview him in depth, New York Police Department Commissioner James O'Neill said.

O'Neill, who was sworn in as commissioner on Monday, said he was encouraged that officers found Rahami hiding alone.

"It's a good sign that we found him in a doorway," O'Neill told "CBS This Morning." "Hopefully that means he had nowhere to go."

Rahami is also suspected of planting a bomb that exploded on the New Jersey shore on Saturday, a device found near the New York blast, and up to six more devices found near the Elizabeth train station on Sunday night.

All of the people injured in Saturday night's blast in Manhattan have been released from hospitals.

The bombings and subsequent manhunt prompted even greater security in New York, a city already on high alert for a gathering of world leaders at the United Nations for the annual General Assembly this week. An additional 1,000 officers were deployed.

The blasts, the manhunt and an apparently unrelated stabbing attack in Minnesota over the weekend created tensions similar to those that followed other recent attacks, such as the mass shootings in Orlando and San Bernardino, California.

The Minnesota attacker was described as a "soldier of the Islamic State," the militant group's news agency said. Lynch also said U.S. authorities were investigating the stabbings "as an act of terrorism."