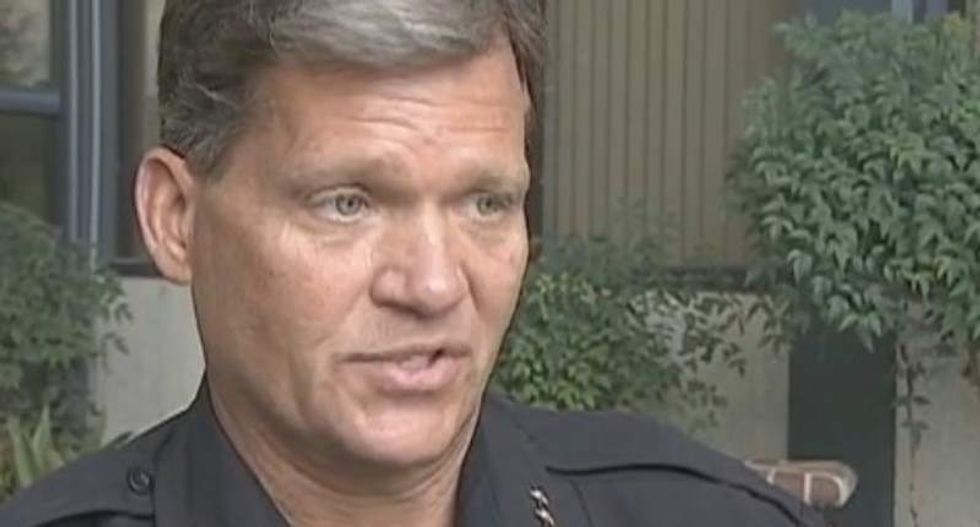 The police chief of Ocala, Florida will remain on the job despite being accused of sexually harassing three subordinates WFTV-TV reported.

The allegations against Chief Greg Graham stem from a series of complaints dating back to February, including an alleged encounter in May while visiting the National Law Enforcement Officers Memorial Fund in Washington, DC.

According to the Ocala Post, a grievance filed on Sept. 15 stated that Graham harassed Officer Casey Walsh at a bar, and at one point grabbed her phone out of her hands to "question" Walsh's girlfriend about her whereabouts.

"Over the course of the last year, Officer Walsh has had to endure countless attacks of sexual harassment from Chief K. Gregory Graham. Chief Graham is aware of Officer Walsh’s open homosexuality, and almost always intertwines that subject into the conversations that he has with her," the complaint stated. "It has become commonplace for Chief Graham to make inappropriate comments about the women that Officer Walsh has dated, and has invited as her guest to Ocala Police Department functions. Chief Graham routinely comments on their attractiveness, and inquires about how she is able to find and date such beautiful women."

The complaint also stated that Graham also harassed Officer Rachel Mangum at the bar, particularly during a game of "never have I ever" the chief played with his subordinates.

During the game, Graham allegedly pointed to Mangum and said, "Never have I ever had a c**k shoved in my a*s." That same night, another officer allegedly heard Graham say that Mangum had the "nicest t*ts at the table."

On Monday, Mayor Kent Guinn said that because he trusts Graham, he would be allowed to remain on duty while a Tallahassee-based law firm investigates the allegations against him, though he would be barred from discussing the complaint with the three officers who filed it.

Guinn also complained that the allegations have hurt morale within the department.

"Their chief has been attacked," said the mayor. "The chief is well respected in this community and this police department. People like him, people love him and when he's attacked, it hurts."

Watch WFTV's report, as aired on Monday, below.