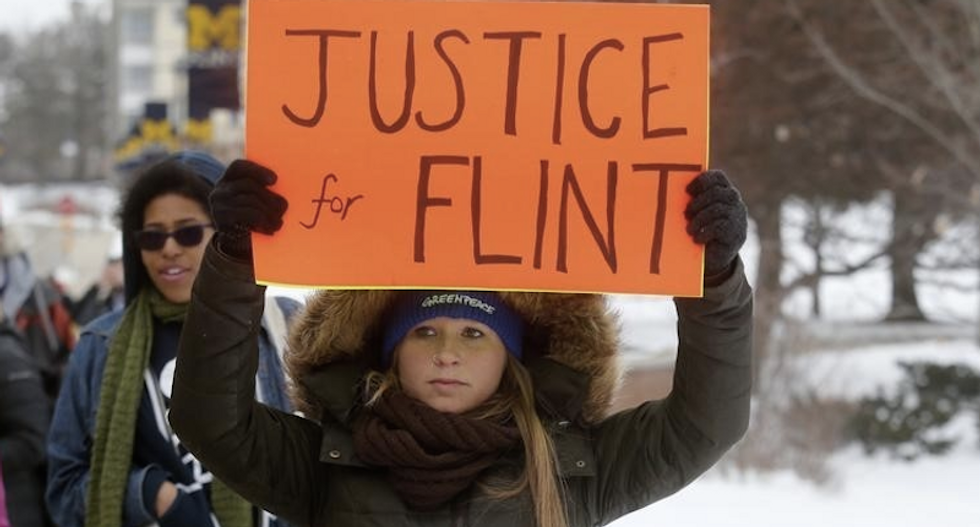 A coalition of Flint residents and national advocacy groups on Wednesday asked a federal judge in Detroit to order city and Michigan officials to ensure access to safe drinking water in response to the lead-contamination crisis that began in 2014.

Attorneys for residents, Concerned Pastors for Social Action, the National Resources Defense Council (NRDC) and the American Civil Liberties Union of Michigan argued in U.S. District Court that the city and state should be required to deliver bottled water to people's homes or launch a water filter installation program.

"After more than two years, Flint residents still cannot turn on their taps without worrying about lead exposure," Dimple Chaudhary, attorney for the NRDC, told Judge David Lawson in a hearing for a preliminary injunction the group is seeking to force the bottled water delivery. The hearing is scheduled to last two days.

Flint, a predominantly black city of 100,000, was under the control of a state-appointed emergency manager when it switched its water source in April 2014 to the Flint River from Lake Huron. The more corrosive river water caused lead to leach from city pipes and into the drinking water.

The city switched back last October after tests found high levels of lead in blood samples taken from children, but the drinking water has not returned fully to normal. Flint has been replacing lead pipes running to homes.

The plaintiffs' attorneys argued transportation and other access issues have made it hard for many residents to acquire the water from government-run water distribution sites and Flint's water remains unsafe due to lead contamination.

In March, the groups asked the judge to order delivery of the bottled water. The complaint named the city, a necessary party under the law, but ACLU attorneys previously said the state was the main target because Flint was under control of the state-appointed manager at the time.

Mike Murphy, attorney for the state, said the problems are being addressed, including replacing corroded lead water pipes. Officials previously said in court documents they are working on a planned water delivery program.