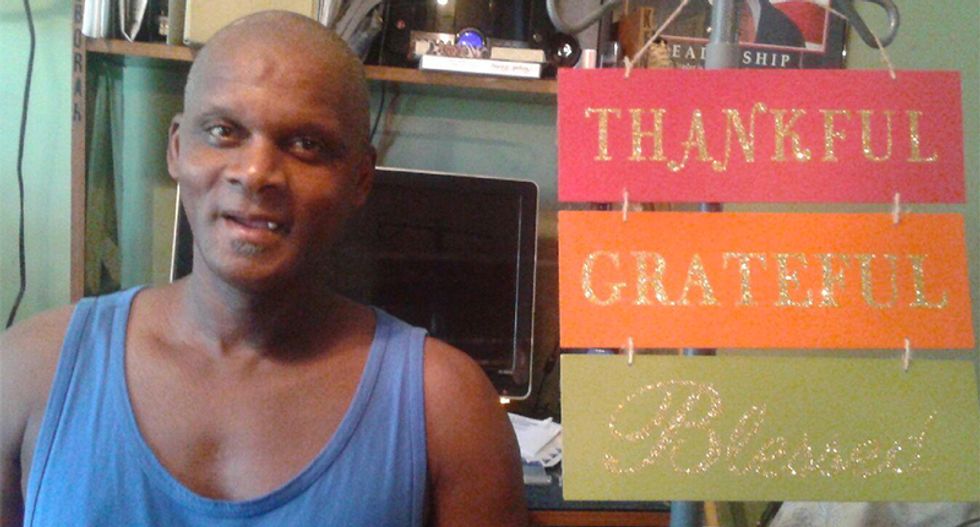 Police shot and killed a black Florida man who was eating chicken wings with a pocket knife on his back porch.

Broward County sheriff's deputies were called to the home of 56-year-old Gregory Frazier, whose sister called for help after her daughter and brother, who was armed with the knife, got into a fight.

Witnesses reported Frazier told police to “leave me alone.” They repeated the order and then began firing, according to the Broward Palm Beach New Times.

Nephew Quartaze Woodard reported Frazier was shot and then handcuffed. After the deputies realized he wasn't responding, they then tried to perform CPR to revive him. He was pronounced dead at the scene.

"I never would have called the cops if I'd known this was going to happen," said his sister. "They just came in and started shooting right away."

Sheriff Scott Israel attended a public meeting Monday evening with community members to assure them the department would be thoroughly transparent, WPLG reports. The deputies were also put on administrative leave while the investigation is pending. The Florida Department of Law Enforcement has also launched an investigation into the incident.

"We are on the same team. We want the same thing that you want: truth and justice," Israel told community members.

"We are still getting all the facts coming out, but it seems, sheriff, deputies were acting like judge and executioner at that moment," Frazier's family attorney, Benjamin Crump, said.

The meeting comes just hours after BSO deputies shot another man, who allegedly stole a car.