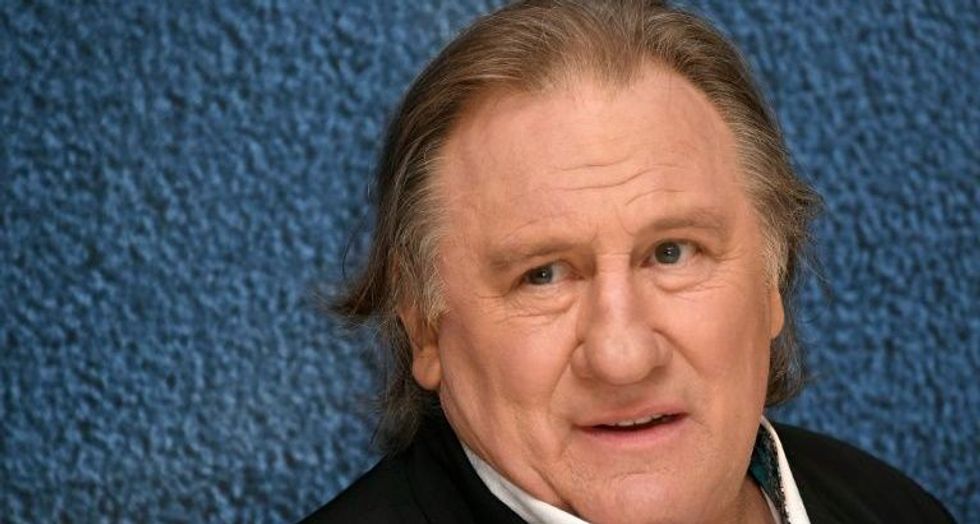 Larger-than-life actor Gerard Depardieu said his homeland France is becoming a playground for foreigners "populated by imbeciles making wine and stinky cheese", according to an interview published Thursday.

The maverick performer, 67, has taken aim at France before. He was granted Russian citizenship in 2013 after befriending strongman President Vladimir Putin and lambasting tax rates on top earners in his native land.

When asked during the interview if he considers himself French, Depardieu told Corriere della Sera: "No, I'm a citizen of the world. France is likely to become a Disneyland for foreigners, populated by imbeciles making wine and stinky cheese for tourists."

"There is no more freedom, people are being manipulated," he added.

Depardieu also took a swing at the film industry saying, "cinema doesn't exist anymore. There is a world of entertainment and people, terrorised by the Americans, don't know anymore which language to speak."

"There are 10 stars and they are all American. Their films (are) crammed with special effects... and the rest of the world of cinema is struggling to exist," he added during the interview on the occasion of the release in Italy of his autobiography "Innocent".

In February Depardieu trashed the Oscars, criticising Hollywood for its "comfort" bubble.

"When I think about the Oscars, with 'The Revenant', the caravans, the warmth and all of that. We tell them: go roll in shit," Depardieu, the star of "Green Card" and "Cyrano de Bergerac", told reporters in Berlin.

But in Depardieu's eyes, Italy deserves some praise.

"In Italy, happily, you have not lost your culture and your identity. Because you are a young country... Unlike half of Europe -- with its fear of migrants -- that has become a bit fascist."