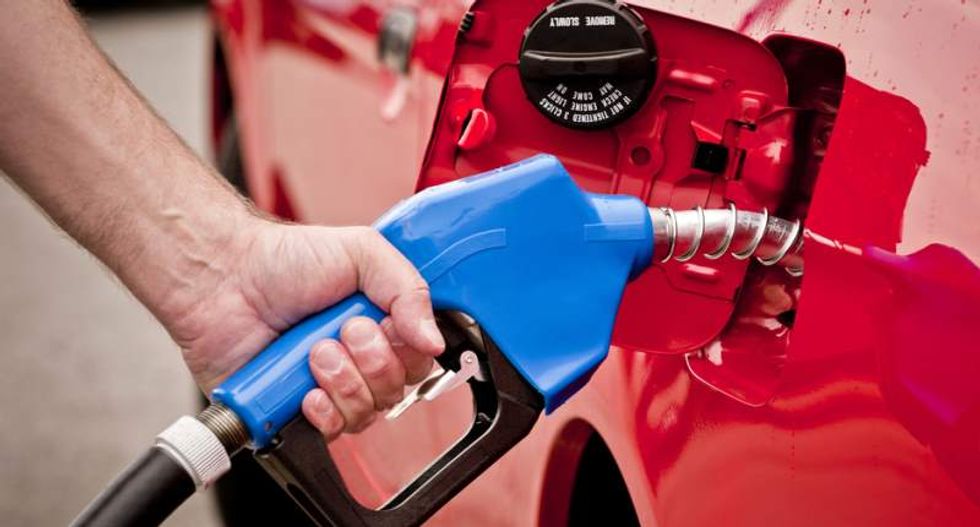 'Pumping gas in the car' [Shutterstock]

Colonial Pipeline Co said on Saturday it resumed repairing a leak on a key U.S. gasoline line on Friday afternoon, but pump prices continued to rise in the southeast as several states took emergency action to get fuel to filling stations more easily.

Colonial shut its main gasoline and distillate lines that run from the Gulf Coast to the East Coast on Sept. 9 after a leak was discovered in Shelby County, Alabama. The damaged Line 1 can carry 1.2 million barrels of gasoline per day and runs from Houston to Greensboro, North Carolina.

The distillate line has been since reopened and parts of the gasoline line are operating as well, but shipments have been slowed due to the pipeline damage, and that is already causing retail gasoline prices to rise. New York-traded gasoline futures have soared 9 percent since the shutdown.

Colonial had to temporarily halt repair work due to vapors at the site of the leak but told the head of Alabama's Emergency Management Agency on Friday it hoped to get the pipeline fully restarted by Thursday.

It also said it is continuing to explore alternatives, including a temporary line that would circumvent the leak.

Meanwhile, retail prices continued to spike on Saturday, according to motorists' advocacy group AAA, and states, including Tennessee and North Carolina, joined others in temporarily waiving rules related to fuel transport to allow faster delivery of gasoline to filling stations.

The average price of a gallon of regular gasoline jumped 6 cents overnight to $2.199 in Georgia and rose nearly 5 cents to $2.063 in Tennessee, according to the AAA on Saturday.

"This is a problem that could grow as long as supply or shipments from Colonial aren’t enough to keep pace with demand," said Patrick DeHaan, senior petroleum analyst at GasBuddy.com in Chicago.

On Friday, the U.S. Environmental Protection Agency waived certain requirements for summer-grade gasoline along the Colonial system from Mississippi to New Jersey, to allow the company to maximize its ability to ship gasoline.

The Department of Transportation Pipeline and Hazardous Materials Safety Administration (PHMSA) issued a corrective action order late on Friday listing a number of requirements that need to be met by Colonial in order to restart Line 1 completely, including a 'restart plan'.

The full restart of Line 1 will require federal approval and gasoline has flowed beyond the area initially identified, into a holding pond, PHMSA said. (bit.ly/2cftHMx)