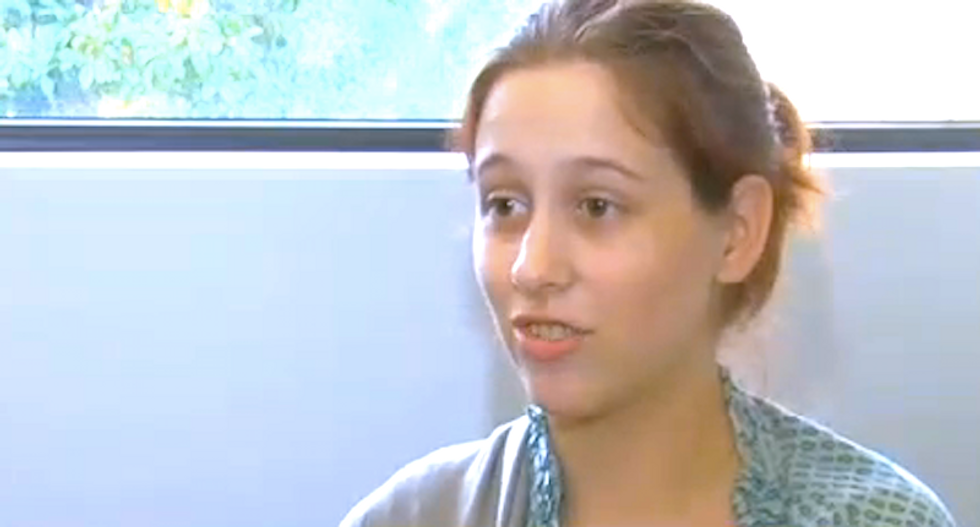 A Georgia mom says a sheriff's deputy threatened to arrest her after she reminded him that she's legally allowed to breastfeed in public.

Savannah Shukla said she was shopping Sunday night at a grocery store in Columbus when her 1-month-old son became hungry, so she began nursing the infant as she walked, reported WTVM-TV.

Shukla said her son, Kumar, was wrapped in a sling held over her shoulder as he fed, but a Muscogee County deputy approached near the checkout lane and asked her to cover up because "some might find it offensive."

She told the deputy that she was permitted under law to breastfeed anywhere she and her baby were authorized to be, and deputy became frustrated and threatened her.

The deputy, whose name has not been released, told Shukla he could already see her areola and threatened to arrest her for indecent exposure if the infant unlatched and exposed her nipple.

"If I were to try and cover myself up, even if it's just a second, he said that would be considered indecent exposure and that he really didn't want me to have to be arrested," Shukla said.

"Our office does not condone these actions and will ensure all officers know and understand the law," said Sheriff John Darr on his official Facebook page. "On behalf of the Muscogee County Sheriff's Office, I would like to personally extend an apology to the woman involved, and we hope that she knows that these are not the opinions or practices of the office as a whole."

The deputy, who was working part time security at Piggly Wiggly, told the sheriff that he was responding to other customers' complaints and Shukla became combative.

“I think she had the mindset that he said that she couldn’t (breastfeed) and that’s so far from the truth,” Darr said. “That’s my problem. People put that stuff out there on Facebook without getting all the facts.”

Shukla filed an official complaint Monday to prevent other mothers from experiencing the same treatment, which she said was "horrifying."