GOP Florida official defends not charging man for raping teen girl: 'She flew to see him' 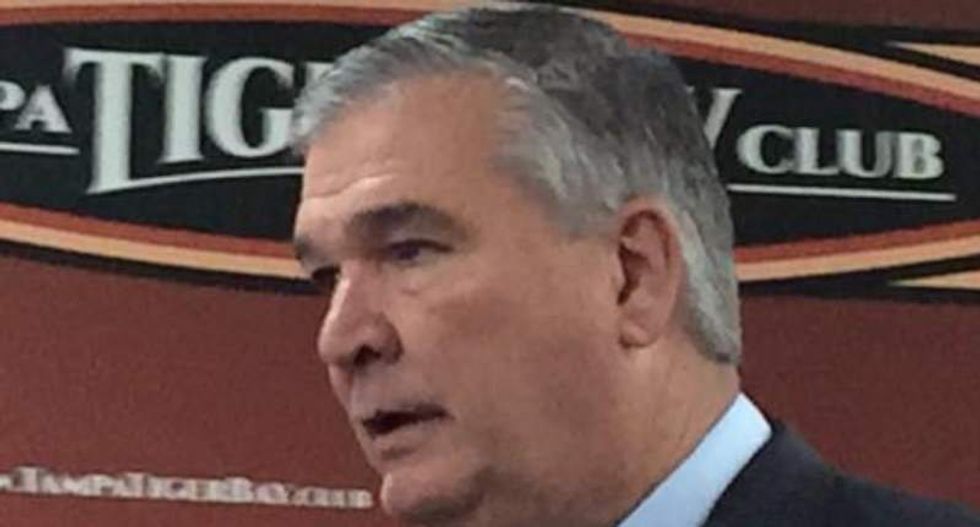 An incumbent state attorney in Hillsborough County, Florida defended his office's inaction regarding a sexual abuse case in which the victim was a 15-year-old girl, Creative Loafing Tampa reported.

The investigation into the girl's assault at the hands of 24-year-old Alexander Pelzer was brought up during a debate by the incumbent, Republican Mark Ober, and his Democratic challenger Andrew Warren late last week.

The case began garnering attention in February, when WTSP-TV reported that Pelzer, a musician who amassed a large following on his YouTube channel, began communicating with the girl and eventually solicited sexually explicit photos from her.

"We don't blame her for any of this," the girl's mother said at the time. "This was a grown man that took control of her."

Pelzer's involvement with her escalated enough that the teen flew to his home near Washington D.C. several times to see him. The girl's mother said that Pelzer treated the teen like a "slave," and that she told the mother, "My master will punish me or be mad" after her family found out about his actions.

"And then in the same second she looked up at me and said, 'Mommy, please help me,'" the mother recalled.

But according to WTSP, the case was bogged down in a disagreement between the Hillsborough County State Attorney's Office -- Ober's agency -- and the local sheriff's department.

"We've never been presented with the evidence in the case," Chief Assistant State Attorney Mike Sinacore said at the time, arguing that it was sheriff's officials who were reluctant to file charges.

However, WTSP said that one of Sinacore's subordinates signed a document saying their office would not pursue charges against Pelzer, even after seeing video and photo evidence of Pelzer's coercion of the girl.

Three months later, state officials charged Pelzer with three felonies: use of a child for sexual performance, use of a computer for sexual acts, and traveling to meet a minor.

The Tampa Bay Times reported that Ober's remarks at the debate prompted Warren's campaign to accuse him of being "out of touch."

"[The girl] is lured by an online predator, turned into a sex slave, and repeatedly raped, and not only did the State Attorney mishandle the case, but then criticized the victim," Warren said in a statement. "It's hard to believe."

Ober, who was first elected to his position in 2000, retaliated by accusing his challenger of exaggerating the facts of the case.

"In no way am I blaming this victim or have I ever blamed any victim," he said. "I am committed to bringing justice to many victims, including this young lady. As a state attorney, I have an ethical duty not to mischaracterize the case through public comment that may potentially taint a prospective jury panel."