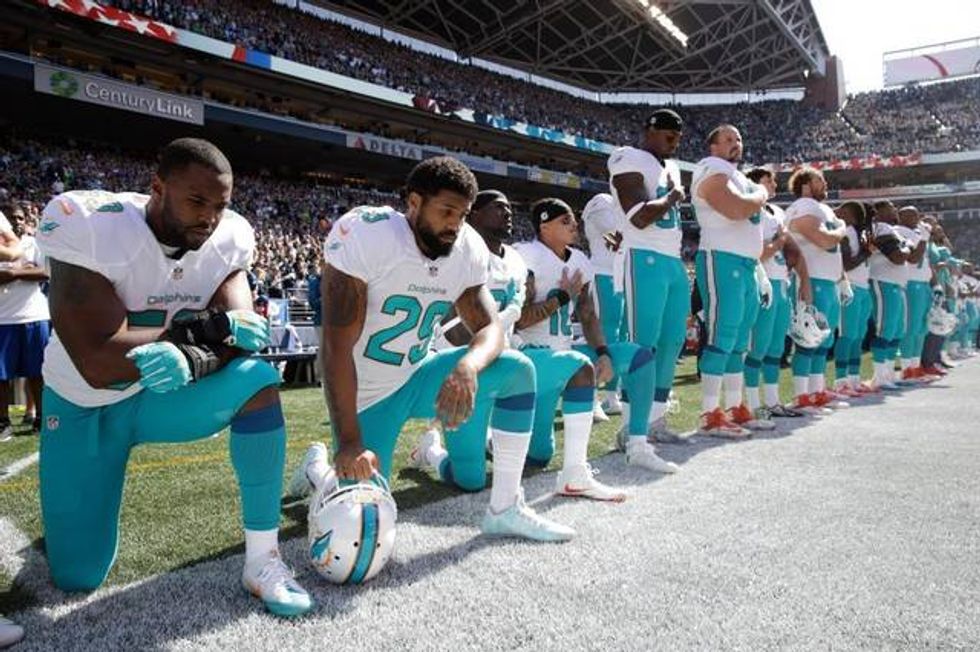 SEATTLE — Arian Foster jumped headfirst into the conversation of race in America, taking a knee during the playing of the national anthem Sunday. Foster was joined by Dolphins teammates Michael Thomas, Jelani Jenkins and Kenny Stills in his silent protest of the treatment of African-Americans by police. The display was not coordinated with the Seahawks,…