Idaho bus driver fired after pouring water on Spanish-speaking student: ‘Speak to me in English!’ 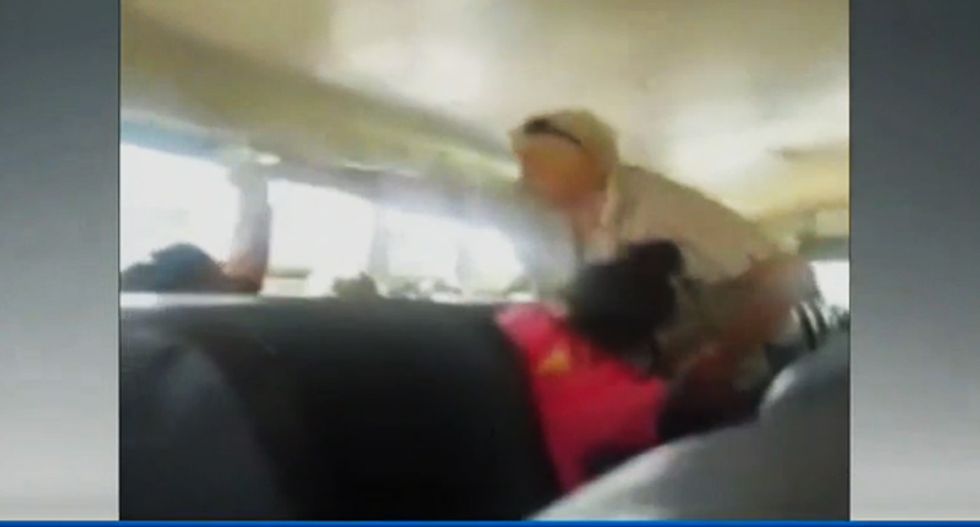 An Idaho bus driver is out of a job after a student filmed her berating a Spanish-speaking student before pouring water on his head, reports KTVB.

The Northside Bus Company in Jerome, Idaho stated that driver Mary Black has been dismissed after video of her pouring water on eighth grader Miguel Martinez, while telling him he was in America and needed to speak English, went viral.

According to student Brayan Alverez, he began shooting the video after Black got out of her seat and came back in the bus to accuse Martinez of throwing a water bottle.

"She tried to take his phone away and when she didn't get to do that, she just grabbed the water bottle and started getting him wet,” Alverez explained.

When Martinez attempted to talk to her she went into a rant about speaking English.

“I don't understand Spanish. I'm not going to learn it. I live in America and it's an English-speaking country. So if you want to speak to me, speak to me in English,” Black can be heard yelling in the video.

According to Juan Espino, the father of another student who rides on Black's bus, this is not the first time she has demanded English-only while she's driving.

“He told me he was told by the bus driver that it was not allowed to speak in Spanish while riding the bus,” Espino said, adding that he contacted the bus company about Black only to get no answer initially.

Watch the video below via KTVB: