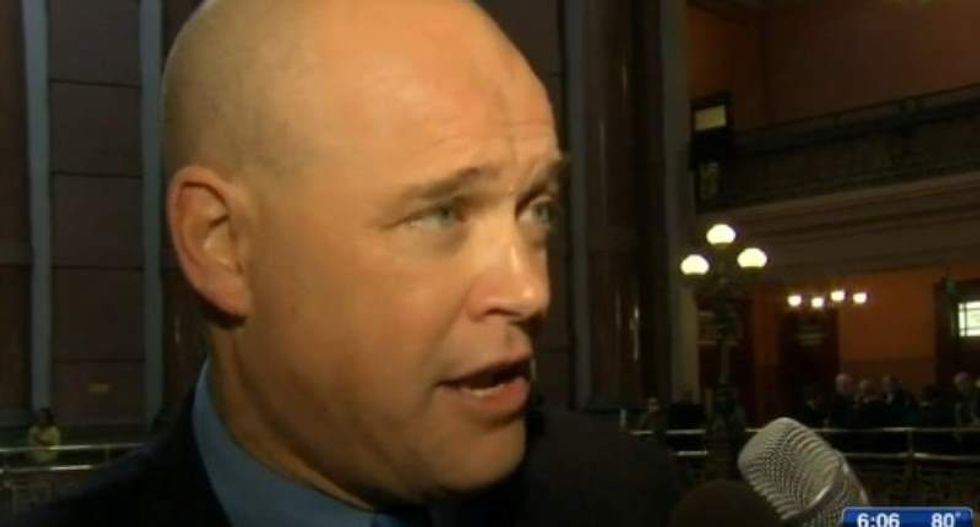 Police on Friday released new details about the mysterious resignation in July of an Illinois lawmaker, outlining how he fell prey to an online extortion ring based in the Philippines.

Ex-state Representative Ron Sandack, known as an adamant defender of Republican Governor Bruce Rauner's initiatives on the floor of the Democratic-dominated House, was up for re-election in November.

Police in the Chicago suburb of Downers Grove disclosed in their report that Sandack twice wired an undisclosed amount of money to a source in the Philippines after engaging in a mid-July conversation via Skype with a woman he described as in her 20s.

Sandack, 52, told police more than two fictitious Facebook accounts were later created bearing his name, and additional demands for money ensued. Significant portions of the police report were redacted, leaving unclear any specific threats made against the lawmaker.

Within two days of his initial contact with the woman, Sandack contacted Facebook to have the fictitious accounts closed and informed police about the developments, the report said.

In a statement on Friday, Sandack voiced regret that he had engaged in improper online conversations but stressed he was a victim of a criminal enterprise.

“This past July, I was the target of an international crime ring focusing on high-profile individuals luring them to engage in inappropriate online conversations with the intent of extortion. I took their bait and fell for it hook, line and sinker,” he said.

Sandack is a Chicago lawyer and former mayor of Downers Grove. He was appointed in 2010 to the Illinois Senate to fill in for a senator who resigned. He went on to be elected to the House for his district.

Sandack also expressed regret for the harm his actions took on his family.

“I’m human,” he said. “I made a mistake for which I am remorseful and ashamed; especially because I have hurt my family, and there is no greater self-inflicted wound than that.”

Efforts to reach Sandack for further comment on Friday were unsuccessful.