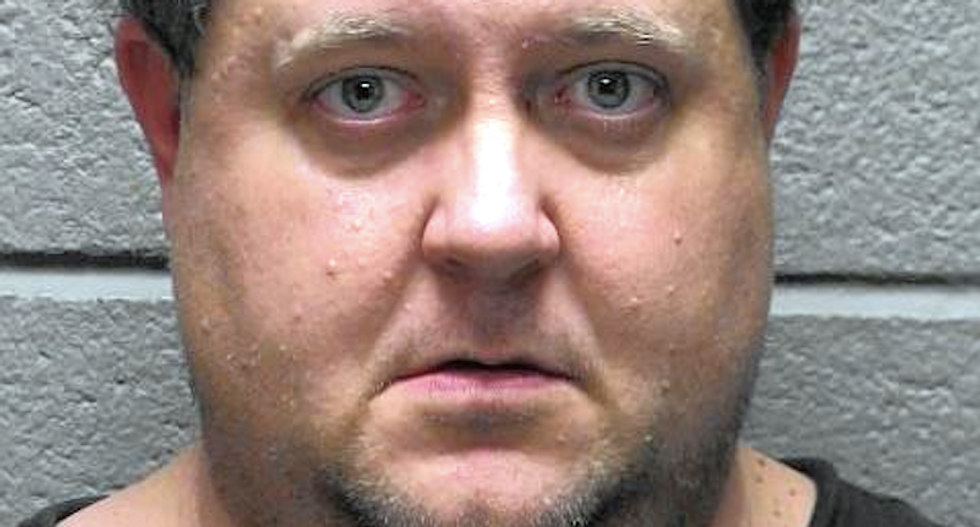 A white Indiana man claims he was only trying to help an intoxicated black man -- and then defend himself -- by pointing a gun at him and then firing a warning shot.

Brian Oedzes, of Dyer, was charged last week with a hate crime and aggravated discharge of a firearm in connection with the Aug. 22 incident in Flossmoor, Illinois, reported the Chicago Tribune.

Witnesses said the victim was walking late that evening when he encountered Oedzes, who they said shouted a racial slur and pointed a gun at the black man.

"You need to get the f*ck out of here, you don't belong here," Oedzes told the man, according to the police report.

He then fired a gunshot toward the black man as he ran away with his hands in the air, witnesses told police.

The 44-year-old Oedzes, however, denied using racial slurs and said he was trying to help the "extraordinarily intoxicated" man avoid being hit by a vehicle as he walked in the street.

"I wanted to make sure he got out of the street and didn't get hurt," Oedzes told the Tribune. "Unfortunately, he approached us."

Oedzes, a concealed carry permit holder in Indiana, said he has multiple sclerosis and was unable to physically defend himself and a woman accompanying him at the time.

"We were faced with an imminent and serious threat," he said. "I asked him not to come any nearer, but he kept walking toward me. Once he saw I had a gun, he walked away."

Oedzes, who owns his own import/export business in South Holland, said he fired a warning shot at the man because he did not feel safe turning around and going back into a building where he'd been working.

"I told him to keep his hands where I could see them," Oedzes told the newspaper. "I didn't know what he was going to do. He was so intoxicated, he was talking incoherently."

Police agreed, saying the victim was too intoxicated to provide much useful information, but witnesses came forward with details about the racially charged confrontation and gunfire.

"Our officers take hate crimes very seriously, and their response was fast and decisive," said Police Chief Michael Pulec. "The Flossmoor Police Department will not tolerate acts of violence against individuals based along the lines of race, religion, gender, or any other identity and violate the basic values of our community."

Oedzes said he's been targeted with violent threats on social media, and police said he'd brought those threats to their attention but no police report had been filed.

Police said Oedzes' Indiana concealed carry permit allows him to carry a gun inside the business where he was working, but not in public.

Oedzes is due back in court Sept. 21.