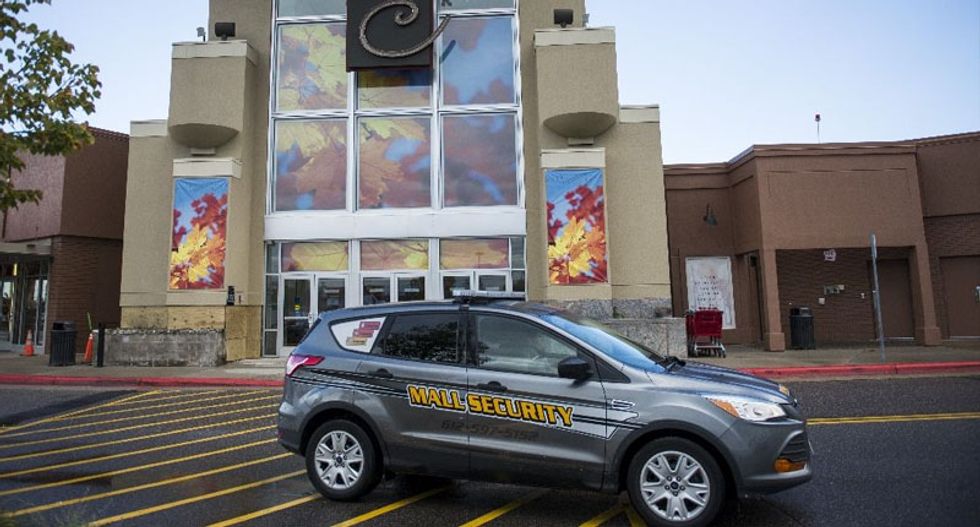 Investigators have uncovered nothing to tie a Somali American man who went on a stabbing rampage at a Minnesota shopping mall to organized extremist groups, the local police chief said.

The attack on Saturday by Dahir Ahmed Adan is being investigated as a potential act of terrorism, and a news agency with ties to the Islamic State group said the rampage was carried out by an IS "soldier."

But St Cloud police chief William Blair Anderson told reporters Monday that no connections to extremist groups have been found.

"We haven't uncovered anything that would suggest anything other than it was a lone attacker at this point," Anderson said.

He cautioned that the investigation was still ongoing, and that officials were combing through the 20-year-old Adan's life for clues.

"As part of our investigation, we are looking carefully at possible motivations as to why Mr Adan engaged in that attack," spokesman Kyle Loven told AFP.

The agency also said the FBI's Joint Terrorism Task Force was taking over the investigation from local law enforcement, in what it called a "customary" move.

Police say Adan stabbed 10 people with a knife at a shopping mall, until an off-duty police officer confronted him and shot him to death. Investigators were also going through footage from security cameras in the mall.

Members of the Somali refugee community in St Cloud expressed shock that Adan would commit such violence, saying he had been a high-achieving student with no history of violence.

The attack came the same day as bombings in New York and New Jersey, which stoked terror fears less than 50 days before the US presidential election.

Police wounded and captured a 28-year-old Afghan-born American in connection with those attacks.

Anderson said the attacks in Minnesota and the East Coast did not appear to be connected.

"Right now, we have not uncovered anything that would suggest there's a nexus between those events," Anderson said.

Following the attack, the Somali-American community in St Cloud expressed fears of a potential backlash.

State and city leaders urged residents to not act divisively.

"I implore the citizens of St Cloud, and really citizens throughout Minnesota, to rise above this tragic incident, and to remember our common humanity, our shared citizenship, and our shared desire to live together peacefully and constructively," said Minnesota Governor Mark Dayton.