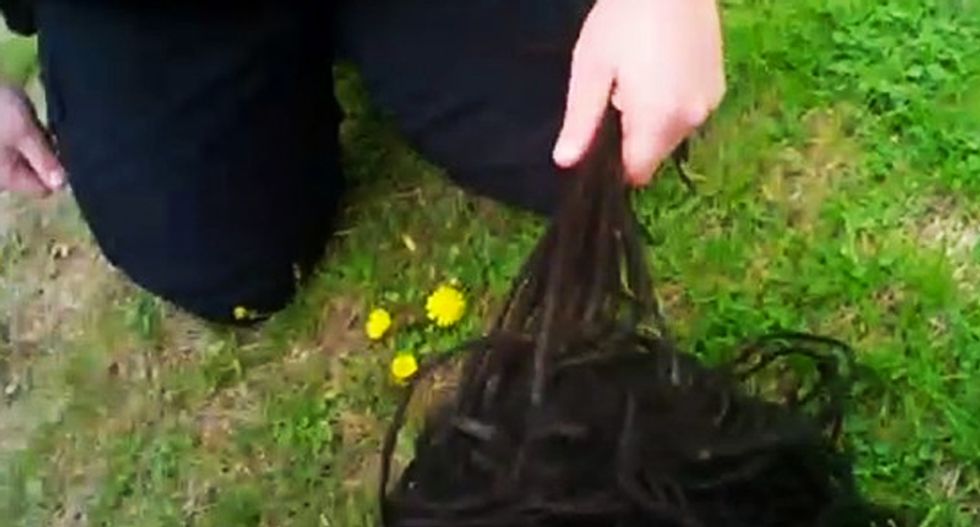 An Iowa police officer will not be charged with assault even though video showed him yanking on the dreadlocks and then punching a suspect repeatedly in the head, after he had already surrendered and was laying face down on the ground.

According to BET, Officer Adam Wittmayer was "disciplined" by Waterloo Police chief Daniel Trelka for the assault on 24-year-old Montavis Keller following a high speed chase.

The incident, which took place on April 19, involved a high speed chase that reached over 90 miles an hour before Keller's car was stopped by blowing out his tires. After crashing his car, Keller exited and immediately lay down on the ground, only to have Wittmayer grab him by his dreads and yank on them as he hit him.

In the video, recently obtained by the Associated Press, an exasperated Wittmayer can be heard exclaiming, "God! F*cking moron. You're a stupid motherf*cker, you know that?" before punching him twice in the back of the head.

Prosecutors declined to charge Wittmayer with assault after the Iowa attorney general's office reviewed the tape.

"Based upon this fact and my review of the entire matter, the likelihood of a Black Hawk County jury convicting Officer Wittmayer is minimal if not completely non-existent," Assistant Attorney General Scott Brown said in a statement, adding that Keller did not appear to be hurt by the blows.

Tom Frerichs, Keller's attorney, disagreed and forwarded the video to the FBI this week, saying, "I can't think of any other job in which an employee is allowed to repeatedly hit another person, pull out some of their hair and still keep their job."

Keller has no prior criminal record, and has been charged with four felonies, including attempting to assault a police officer, evading police and possession of 42.5 grams of marijuana with intent to deliver.

His trial is scheduled later this month.