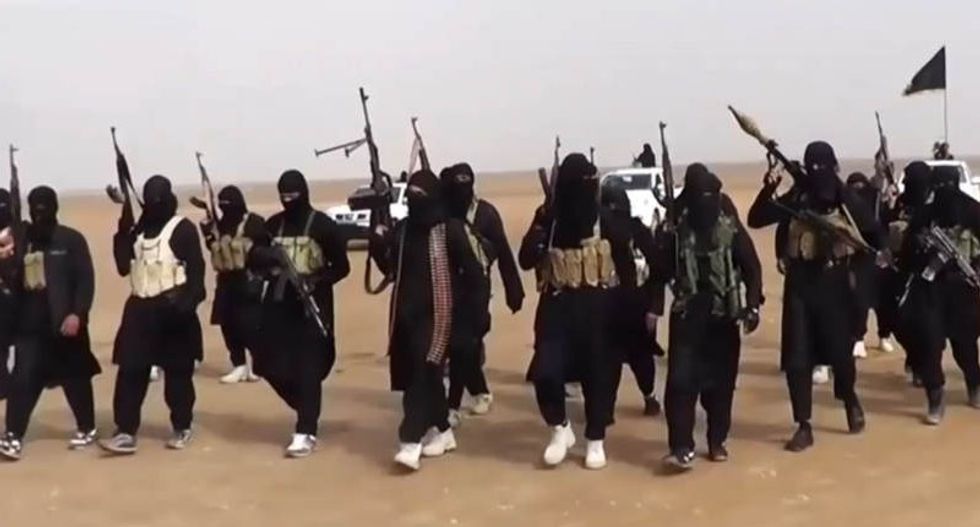 A man who stabbed nine people at a mall in central Minnesota before being shot dead is a "soldier of the Islamic State," the militant group's news agency said on Sunday, as the FBI investigated the attack as a potential act of terrorism.

The man, who was wearing a private security uniform, made references to Allah and asked at least one person if they were Muslim before he assaulted them at the Crossroads Center mall in St. Cloud on Saturday, the city's Police Chief William Blair Anderson told reporters.

Authorities declined to identify the suspect, who was killed by an off-duty policeman, because the investigation was under way.

The Federal Bureau of Investigation considers the incident a "potential act of terrorism," Richard Thornton, FBI special agent in charge of the agency's Minneapolis division, told a news conference on Sunday.

He said the investigation was in its early stages and it was not known if the man had discussed his plan with others.

Authorities said earlier there were eight stabbing victims. One injured person transported himself to a hospital and was not initially counted, St. Cloud Mayor Dave Kleis told the news conference.

Three victims remained hospitalized as of Sunday but none had life-threatening injuries, Kleis said.

Kleis said Jason Falconer, the off-duty officer from the Avon Police Department, a jurisdiction outside of St. Cloud, "clearly prevented additional injuries and loss of life" by shooting the man.

Amaq, the news agency affiliated with the Islamic State group, issued a statement on Sunday saying, "The executor of the stabbing attacks in Minnesota yesterday was a soldier of the Islamic State and carried out the operation in response to calls to target the citizens of countries belonging to the crusader coalition."

Reuters was not immediately able to verify the Amaq claim.

Somali community leaders in St. Cloud, about 60 miles (100 km) northwest of Minneapolis-St. Paul, condemned the attack and expressed concern about a possible backlash.

"The news of the St. Cloud mall was shocking to the friends, relatives and community of the deceased ... We do not know the motive of that stabbing incident," said Mohamoud Mohamed of the St. Cloud Area Somali Salvation Organization.

"We are afraid of the consequences of this incident. We would like to say loud that our community in central Minnesota has no relationship with ISIS or any other Islamic terrorist group," he added.

Dozens of people from the Minneapolis-St. Paul area, many of them young Somali-American men, have traveled or attempted to travel overseas to support Islamic State or al Shabaab, a Somalia-based militant group, since 2007, according to U.S. prosecutors.

The attack in St. Cloud occurred the same evening that an explosion rocked New York City's bustling Chelsea district on Saturday, injuring 29 people in what authorities described as a deliberate criminal act. But both New York Governor Andrew Cuomo and New York City Mayor Bill de Blasio said there was no indication it was linked to international terrorism.

A pipe bomb also exploded in a New Jersey beach town on Saturday along the route of a charity race to benefit military veterans but no injuries were reported in what investigators also were treating as a possible act of terrorism.

Democratic presidential nominee Hillary Clinton said she strongly condemned "the apparent terrorist attacks in Minnesota, New Jersey, and New York" and said Islamic State's claim of responsibility for the St. Cloud attack should "steel our resolve to protect our country and defeat ISIS and other terrorist groups."

Investigators are looking for possible connections among the Saturday attacks but so far have not found any links.

In St. Cloud, the attacker entered the mall in the evening as it was busy with shoppers, Anderson said. He attacked his victims at several sites in the shopping center, which will remain closed on Sunday as police investigate, the police chief said.

The victims were male and female, Kleis said, and ranged in age from mid-50s to a 15-year-old girl.

Police officials said they were still interviewing witnesses hours after the attack.