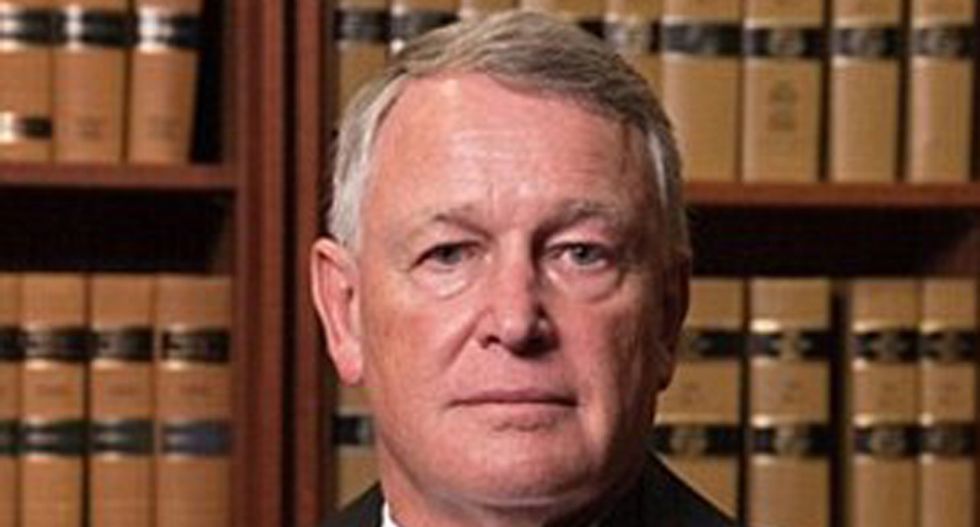 A Canadian federal judge, facing losing his job over comments he made at a rape trial, apologized to the victim for asking her why she didn't keep knees together, reports the Daily Mail.

Speaking before the Canadian Judicial Council, Justice Robin Camp stated that he was being "rude and facetious" when he made the comment to the victim, along with telling her, "pain and sex sometimes go together."

According to the unnamed victim, "He made me hate myself and he made me feel like I was some kind of slut," before stating that he left her feeling that she was at fault for the 2011 assault when she was 19.

During the trial, Camp asked the woman, "Why couldn't you just keep your knees together?" before lecturing her, "Some sex and pain sometimes go together … that’s not necessarily a bad thing."

Camp also pressed the prosecutor over what comprised consent, asking if "it required any particular words you must use like the marriage ceremony."

In an effort to hang on to his job, Camp now claims that he knows better after receiving counseling from a fellow judge and a psychologist, telling the inquiry board, "I was not the good judge I thought I was. I struck the wrong tone in counsel submissions."

According to the judge, he didn't fully understand Canada's sexual-assault laws which protect women from from discrimination, saying laws are different in South Africa where he spent two decades practicing law.

Camp’s own daughter, who is a rape victim, called her father's comments ”disgraceful,” but insisted that he is a changed man now.

The judge's hearing is expected to continue on Monday with the Canadian Judicial Council then forwarding its final recommendation to the federal justice minister.