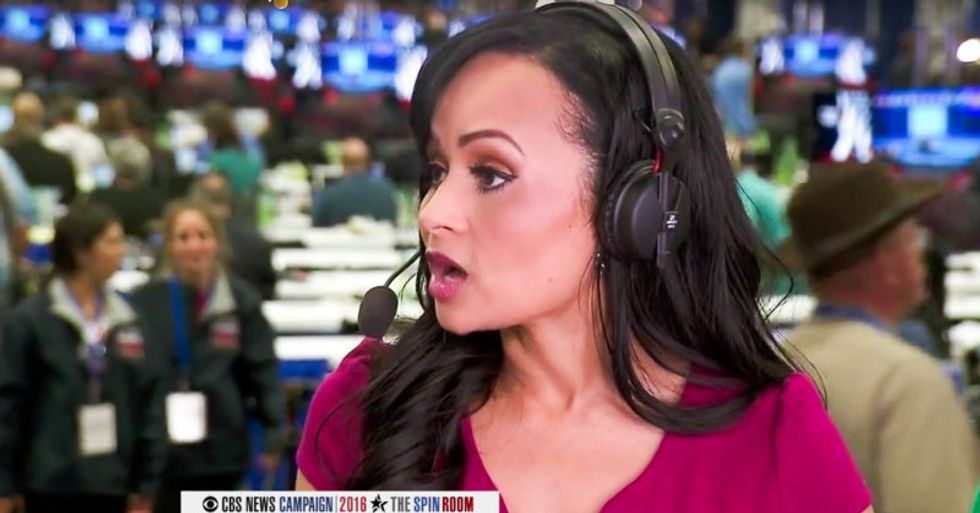 During the post-debate panel, Pierson was asked to comment on Donald Trump's recent proposal to get more cities to adopt the kind of stop-and-frisk policy in New York that was found unconstitutional back in 2013.

In responding, Pierson said that stop-and-frisk was effective at stopping crime and was not really racist -- but then she blamed Hillary Clinton for stop-and-frisk being necessary because of her own racism.

"It actually did work in New York," Pierson said of stop-and-frisk. "But we have to get down to why, because that's why we're here today. We have two candidates who have very different views. The reason why we have this problem, the reason why stop-and-frisk was implemented, was there were disparities with regard to who people were pulling over. And it's profiling, criminal profiling, not necessarily racial profiling, even though it comes across that way. But the reason why we had it was that we had the First Lady of the United States who went out on the national stage and dehumanized young black children... this has been the conditioning of the American public where black children have been demonized, Hillary Clinton owns that."

So to sum up: Pierson thinks stop-and-frisk isn't a racist policy, but if you don't like it, then you should blame Hillary Clinton for making wrong remarks about "super predators" more than 20 years ago.

The CBS panel, you might imagine, was pretty dumbfounded by this argument.