Lesbian booted out of women's bathroom at L.A. music hall after guard insisted she was a man 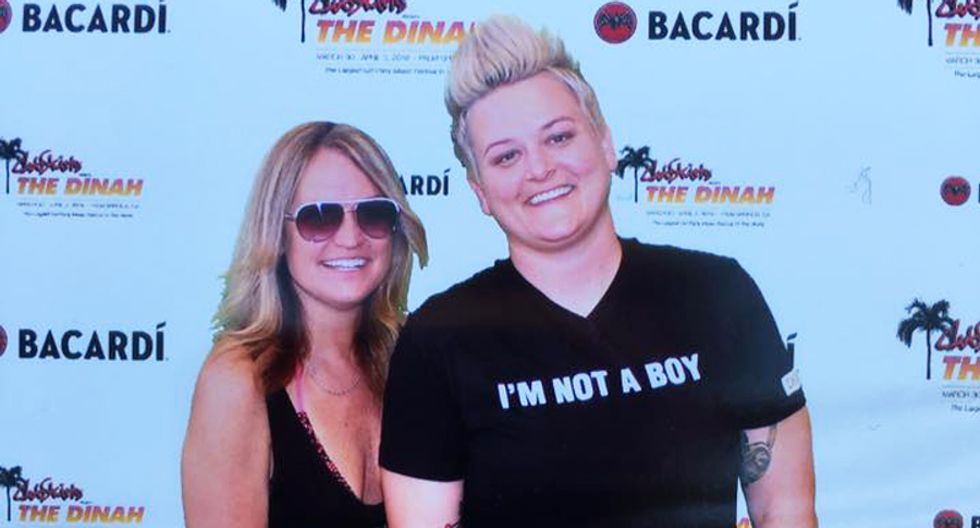 A lesbian attending a concert at Staples Center in Los Angeles claims a security guard removed her from the women's bathroom after insisting that she was a man.

According to Pink News, Mary Looper wrote on Facebook that she was attending a Carrie Underwood concert with her aunt Wednesday night and that when she went to use the bathroom a female security guard stood outside of her stall and demanded that she get out.

On her Facebook page, Looper wrote, "Usually I don't want to put my drama out there but ignorant people still exist and it breaks my heart... They literally just tried to escort me out of the women's restroom at the #staplescenter... Shame on them."

According to Looper, she often is confused for a man but was surprised the guard couldn't tell the difference by her voice when she responded.

"I get mistaken for a man all the time… It’s no secret. But, for the fact that their woman employee waited outside my stall for proof that I was a woman, didn’t believe me off my voice," she explained. "That’s what hurt and had me shocked. I didn’t wanna stir anything up but never ever thought I’d be treated like that in a woman’s restroom in L.A., in the Staples Center. Just a bummer it went that far.”

Since writing the post, the Facebook page of Staples Center has been littered with comments criticizing the incident and demanding an explanation.

"Absolutely disappointed about the discrimination my friend experienced last night while at a Carrie Underwood show," wrote one commenter. "She is a WOMAN who is tall, has short hair and boobs but was somehow escorted out of the women’s restroom by an employee because someone didn’t think she belonged in the women’s restroom. Waiting outside a bathroom stall while demanding she prove she is in fact a woman is vile, humiliating and unacceptable."

Another added, "You need to get a grip on your policing of restrooms and specifically whether a customer is using the 'correct' facility that matches their gender presentation or should we just show our genitalia to be able to use a restroom at all?"