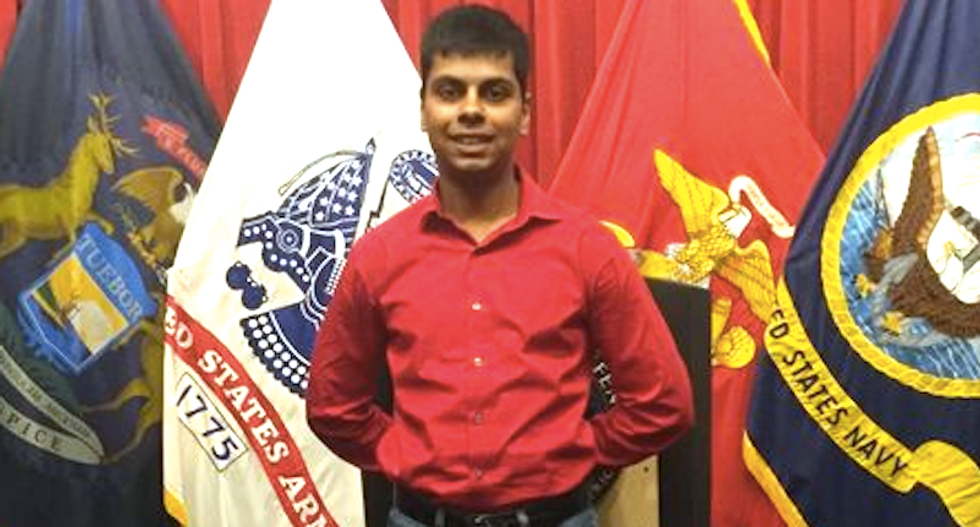 A Marine Corps investigation into the suicide of a recruit in South Carolina has uncovered abuse by drill instructors, in a case that could result in military prosecution or discipline of 20 training personnel, officials said on Thursday.

The probe into the death in March of Raheel Siddiqui, who was Muslim, at Marine Corps Recruit Depot in Parris Island has led to revelations that other recruits also were mistreated. Siddiqui was 20 years old, according to media reports.

The Marine Corps in a statement on Thursday said its investigation into Siddiqui's death has led to a number of commanders and advisers being relieved of duty and the suspension of some drill instructors.

The statement did not say exactly how the alleged mistreatment of recruits at Parris Island might have contributed to Siddiqui's suicide or how many members of the military were disciplined.

The son of Pakistani immigrants jumped over the wall of an outdoor stairwell at the depot and fell three stories, later dying at a medical center, according to the Wall Street Journal, which cited a casualty report.

The military investigation has resulted in accusations that drill instructors engaged in "recurrent physical and verbal abuse of recruits" and that commanders failed to properly supervise instructors, according to the Marine Corps statement.

The newspaper reported a drill instructor allegedly referred to Siddiqui as a terrorist and physically abused him.

In some cases, the instructors themselves were maltreated by senior colleagues, the investigation found.

Marine Corps Brigadier General David Furness said in a letter to a U.S. representative in June that the commanding officer for a training battalion at Parris Island was relieved of command.

The latest statement from the Marine Corps said 20 recruit training personnel had been identified for "possible military justice or administrative action."

"We mourn the loss of Recruit Siddiqui and we will take every step necessary to prevent tragic events like this from happening again," Commandant of the Marine Corps General Robert Neller said in a statement.

The Marine Corps statement did not name personnel under investigation and a representative for the Marine Corps could not be reached for additional comment.

The Wall Street Journal reported Marine Corps officials have not said whether Siddiqui's ethnic or religious background was a factor in the way he was treated.