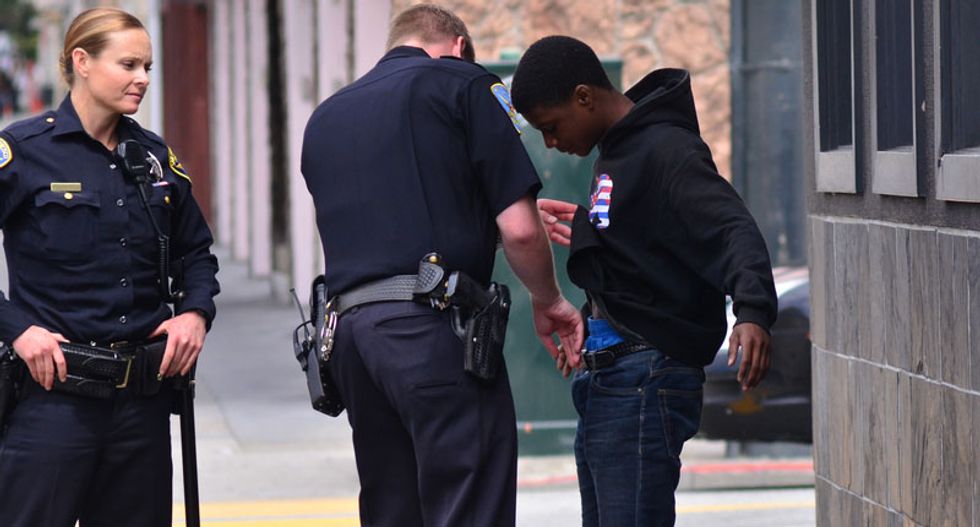 The Massachusetts Supreme Judicial Court found that it's entirely reasonable for black men to run from police to "avoid the recurring indignity of being racially profiled."

The court tossed out a Boston man's gun conviction Tuesday after reviewing studies by the American Civil Liberties Union and the city's police department that showed black men were far more likely to be stopped and frisked between 2007 and 2010, reported WBUR-FM.

Jimmy Warren was arrested Dec. 18, 2011, while police were investigating a burglary in the Roxbury neighborhood.

Officers were given a vague description of three black suspects wearing hooded sweatshirts, and they approached Warren and another black man in dark clothing.

The pair fled as officers approached, and Warren was later arrested and searched.

Police didn't find any illegal items on him, but they found an unlicensed .22-caliber handgun in a nearby yard and charged Warren with unlawful possession of a firearm.

He was later convicted on the weapons charge, but the Supreme Court overturned that conviction after finding that police had no right to stop Warren based on the "vague" and "ubiquitous" description provided by dispatchers.

"Lacking any information about facial features, hairstyles, skin tone, height, weight, or other physical characteristics, the victim's description 'contribute[d] nothing to the officers' ability to distinguish the defendant from any other black male' wearing dark clothes and a 'hoodie' in Roxbury," the court found.

The court also found that police should not have considered Warren's decision to flee as suspicious.

Individuals have the right to walk away from police if they haven't been charged with anything, and the court also found that it's not unreasonable for black men to flee police to avoid harassment.

The court found that police may consider flight as suspicious, even when the subject is a black man, but they said it should not be considered evidence of guilt.

"We do not eliminate flight as a factor in the reasonable suspicion analysis whenever a black male is the subject of an investigatory stop," the court ruled. "However, in such circumstances, flight is not necessarily probative of a suspect's state of mind or consciousness of guilt."

The majority found that black men were so frequently targeted for harassment by police that it was reasonable for them to run away from officers to avoid those humiliating confrontations.

"Rather, the finding that black males in Boston are disproportionately and repeatedly targeted for FIO [Field Interrogation and Observation] encounters suggests a reason for flight totally unrelated to consciousness of guilt," the court found. "Such an individual, when approached by the police, might just as easily be motivated by the desire to avoid the recurring indignity of being racially profiled as by the desire to hide criminal activity."

The court ruled that judges should consider racist law enforcement policies before holding a black man's decision to flee against him in criminal cases.

"Given this reality for black males in the city of Boston, a judge should, in appropriate cases, consider the report's findings in weighing flight as a factor in the reasonable suspicion calculus," the court ruled.