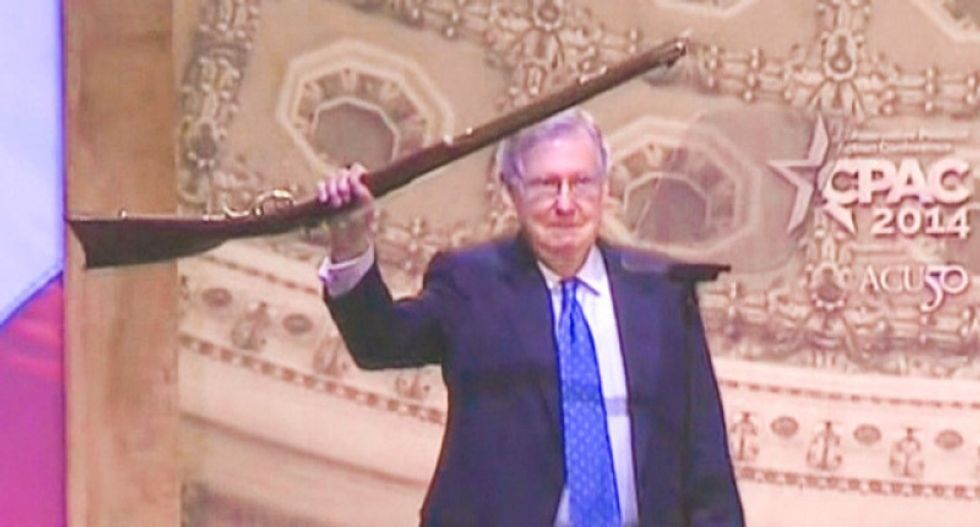 The U.S. Senate will vote on Wednesday on a measure to block the sale of tanks and other military equipment worth $1.15 billion to Saudi Arabia, but the measure is not expected to pass despite lawmakers' growing frustration with the longtime U.S. ally.

The Senate's Republican Majority Leader, Mitch McConnell, said on Tuesday he would "aggressively" oppose the effort.

"I think it's important to the United States to maintain as good a relationship with Saudi Arabia as possible, and I hope we'll defeat the resolution of disapproval of the arms sale," McConnell told reporters, calling Saudi Arabia a good ally.

The Pentagon announced on Aug. 9 that the State Department had approved the potential sale of more than 130 Abrams battle tanks, 20 armored recovery vehicles and other equipment to Saudi Arabia. The Defense Security Cooperation Agency said General Dynamics Corp would be the principal contractor for the sale.

A bipartisan group of senators, led by Republican Rand Paul and Democrat Chris Murphy, introduced a joint resolution seeking to block the arms deal, expressing concern that Saudi-led air strikes had killed civilians in Yemen, worries that the deal might fuel a regional arms race and concern that Congress was giving up its power to declare war.

"We should be part of the debate over whether or not we go to war. But then we should debate the practicalities of whether or not it's a good idea to be involved in the war in Yemen," Paul told Reuters.

Paul said the conflict could lead to instability and perhaps the rise of a militant group in Yemen, as Islamic State did in Syria.

The resolution also underscores concerns over what many in Congress see as Riyadh's international promotion of a severe form of Islam they view as hostile to U.S. interests.

"We've let them get away with it for years and years. And because they're less bad than other people in the Middle East, we keep giving them weapons," Paul said.

Separately, Congress could vote this week to override Obama's promised veto of a measure allowing relatives of victims of the Sept. 11 attacks to sue the Saudi government.