'Morning Joe': Who cares if Terence Crutcher had PCP? I wouldn't get shot over 'pounds of coke' 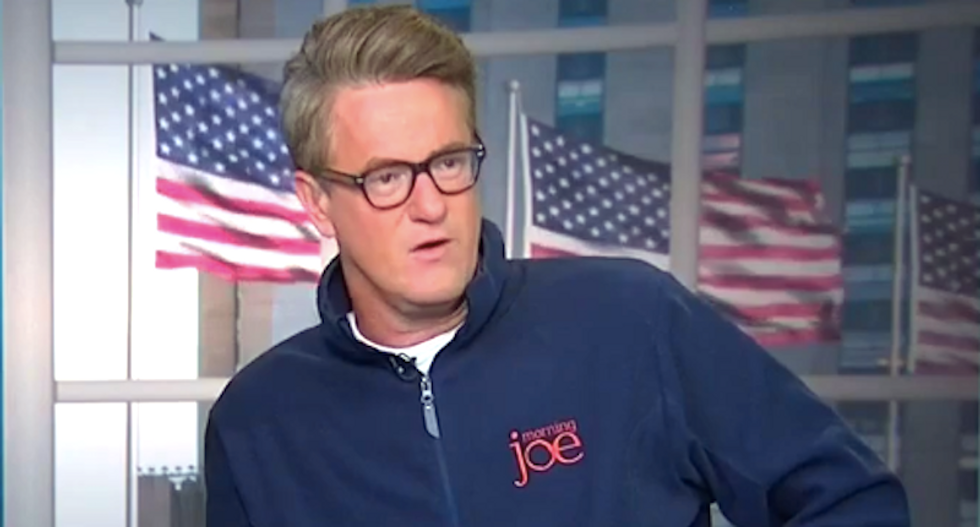 MSNBC's Joe Scarborough expressed outrage over the police shooting of Terence Crutcher, saying the stranded black motorist posed no threat to officers and was apparently following their orders when he was killed.

The "Morning Joe" host said the videotaped killing was one of the clearest examples yet of racist policing that Black Lives Matter and other groups have tried to push back against.

"There's just no explanation for it," said Scarborough, the former Republican congressman. "It's not like Ferguson, where we have to talk to a lot of different witnesses. It's not even like Freddie Gray in Baltimore. We have eyes in the sky over that and we see exactly what's happening."

His guest, Princeton University professor Eddie Glaude Jr., said police have tried to justify the latest "senseless" killing by claiming Crutcher was high on drugs and saying he had PCP in his disabled SUV.

"One of the most exhausting country is that we have to convince people, we have to convince white America of what is actually happening in our communities," said Glaude, the chair of the university's African-American studies department. "Here we have a video clearly a video of a man with his hands up, seemingly complying in way, shape, form and fashion like we thought we saw with Philando Castille."

Castille was shot and killed earlier this year on live video while complying with a police request to show ID during a Minnesota traffic stop.

"We've been going over this a lot," Scarborough said. "Two things bare minimum have to happen on a state and national level. No. 1, body cameras on every cop. We need to see what was happening on ground level, and if the camera is disabled at the time of a killing, then the burden of proof is on the cop to explain why his or her body cam was not working, and secondly, you have to have independent prosecutors looking at this from outside the districts from where these shootings occur. Those are two basic steps. They would go a long way in stopping these trends."

North Carolina -- where the fatal shooting of another black man, Keith Scott, has prompted two nights of violent protests -- recently passed a law preventing the public release of video footage from police encounters.

"The Justice Department should step in and need to take control of this," Scarborough said. "This is a problem that North Carolina can't say, 'Hey, this is particular to our state.' It's nationwide."

Scarborough and his panelists didn't understand why police would shoot Crutcher for having drugs in his car, as they have alleged, saying that just wouldn't happen to white drivers.

"If you're white, if you're from the neighborhoods that we live in, and your arms are in the air, you could have, like, pounds of coke in the back and be straight out of 'Miami Vice' and you wouldn't get treated like that," Scarborough said.