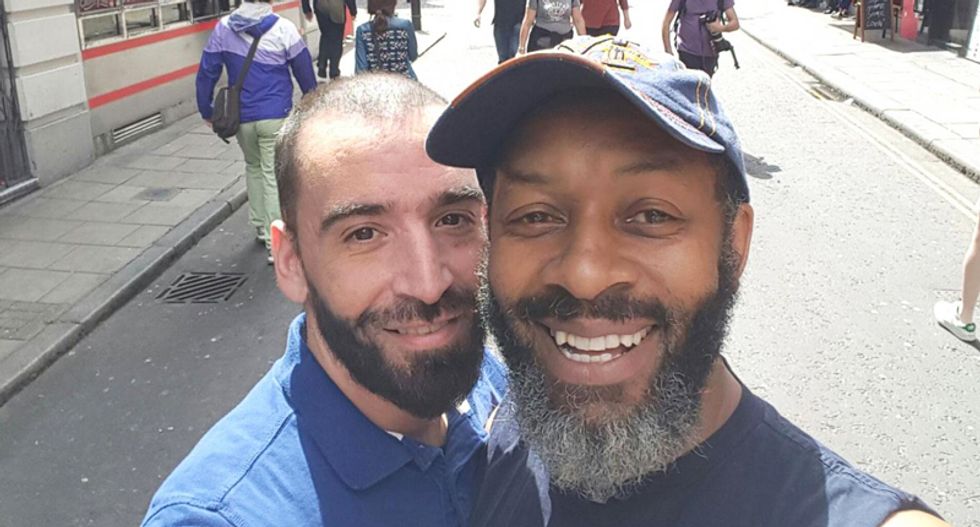 A popular theater director and his partner were the victims of a sneering homophobic rant by a London bus driver who first denied them entrance at the front of the bus and then refused to drive after they entered through a rear door, reports the Evening Standard.

According to Omar Okai, he and his boyfriend felt "humiliated" as the innuendo-laden insults were thrown at them by the driver of the 25 bus route. "We put our hands out to get the bus but he looked at us and pointed at something and just drove on," Okai said. They caught up to the bus at the next stop but the doors were closed, even though there were people on.

“The back door was open so we got on and go straight to the front and put our Oyster cards on the machine," Okai said. The driver told the men the doors were closed for a reason.

“He just kept repeating, ‘how long have you been using buses in this country?’" Okai said the driver asked the men. "I made it very clear I am British but he kept repeating it. It was really aggressive, it was vile."

The driver then allegedly told the couple, "I bet you like it in the backdoor."

The driver pressed the button at the top of his bus and informed the entire bus load of people that the bus wasn't going any further and people needed to get off.

The two ultimately complained to Transport for London and the police over what they said happened.

“It was in such a nasty way. We got off the bus but realised other passengers stayed on. He then opened the front doors and allowed another lady to enter and then he drove off," Okai said.

@omarokai absolutely disgusting. I hope his bus licences gets taken away. Hope both you and Juan are well x
— Steven Kavuma (@Steven Kavuma)1472945468.0

His letter to TFL demanded not merely an apology but an explanation. “This kind of behavior is not acceptable in any shape or form in Great Britain and as a British citizen born here, I am not accepting it. My partner and I were humiliated and intimidated, being made to leave the bus.," Okai said. "In a multi-racial, poly-sexual society, this can't be allowed to pass. I use the transport system day in, day out and have never been so insulted.”

After the UK passed the withdrawal from the European Union there were many reports of overt racism against non-English residents, particularly attacking Polish people.

TFL is investigating the incident. They said in a statement, “We are concerned to hear of this incident and are investigating it with Tower Transit, the operator of the 25 bus route. We expect the highest standard of public service from bus drivers."

[caption id="attachment_877693" align="aligncenter" width="564"] The bus driver who Omar Okai has reported as part of the alleged incident. (Omar Okai)[/caption]