NC man posts chilling Facebook video admitting he shot ex-wife: 'She deserved what she had coming' 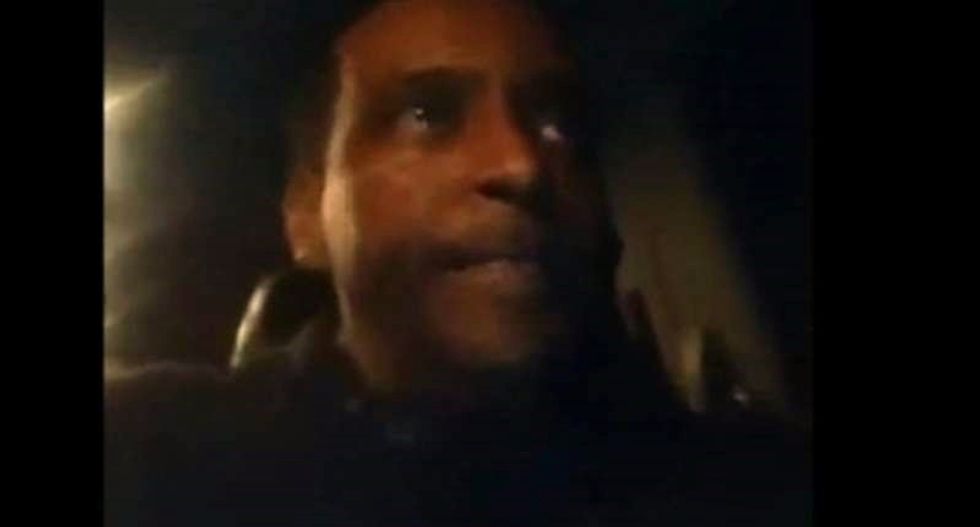 A man identified as Earl Valentine admits to shooting his ex-wife and his son in a video posted to Facebook. (WRAL-TV)

Authorities in Richmond, Virginia are on the lookout for a North Carolina man who may have made his way there after shooting his son and ex-wife, then admitting it online.

According to WWBT-TV, Earl Valentine kicked in the door at the woman's home in Norlina, North Carolina around 1:30 a.m. on Tuesday morning, then entered, shot both her and the couple's 15-year-old son in the chest, and left.

Officials said a protection order obtained by Valentine's ex-wife expired shortly before the attack. The teen was able to notify authorities about the attack before dying at the scene. The woman survived but suffered critical injuries. She is currently listed in stable condition.

However, Valentine behaved as though he killed her in the video, which he posted on Facebook Live, apparently while driving away from the scene.

"What’s up everybody? I just killed my motherf*cking wife," he says at one point. Later he says, "She lied on me, had warrants taken out on me. She drug me all the way down to nothing. I loved my wife, but she deserved what she had coming."

Norlina Police Chief Taylor Bartholomew told WNCN-TV that he spoke to Valentine once on the phone after the shootings, but that his phone has since been turned off.

"I've been in law enforcement 20 years and I've never seen anything like this this guy is bragging about it on social media. No remorse whatsoever," Bartholomew said. "When we spoke to him on the phone he told us he is basically armed and dangerous."

Officials in Richmond are on alert because Valentine's ex-wife has family in the area. They believe Valentine could also be en route to Columbia, South Carolina, where his mother lives.

In the video, Valentine says he's "been very sick for months."

Watch WWBT's report, as aired on Tuesday, below.

Footage from Valentine's video confession can be seen below.