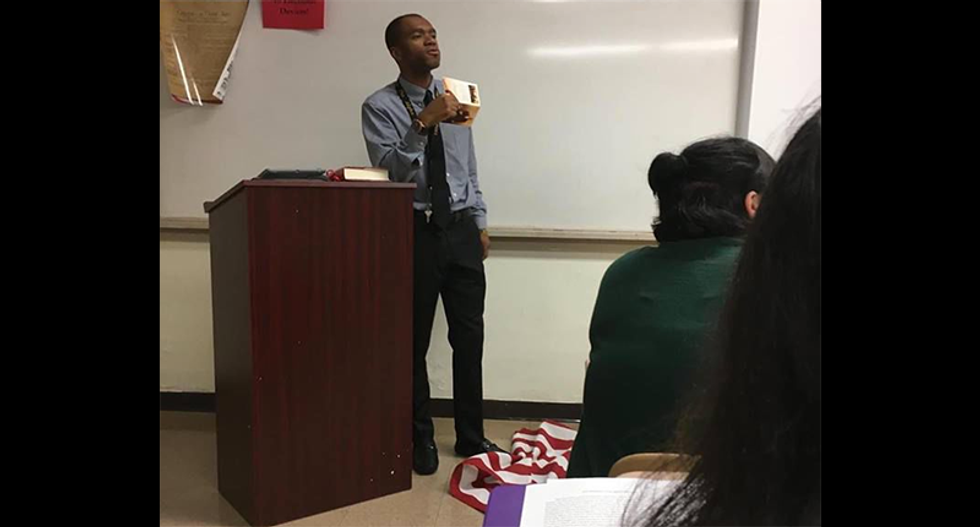 Some conservative parents are having a white-hot meltdown, clutching their pearls and recovering from the vapors after a North Carolina teacher was photographed with an American flag lying on the floor during a lesson on the First Amendment.

According to Taylor, Francis asked the students for a lighter or scissors, which no one had. He allegedly then put the flag on the floor and stomped on it. The irate mother demanded action and accountability, despite not having a child in the teacher's classroom.

"That flag might not mean anything to that teacher, but it means a lot to us and it means a lot to the family's who had their service member come home to them in a casket with that flagged draped over it," she wrote on Facebook.

Francis posted on his own Facebook page as well, saying that the lesson was about the Supreme Court case Texas v. Johnson, in which the high court upheld that flag desecration was a protected form of protest under the First Amendment.

In the case, the late conservative Justice Antonin Scalia agreed with the decision written by Justice William J. Brennan, Jr., as well as Justices Marshall, Blackmun and Kennedy.

Justice Kennedy wrote a profound concurrence with the majority opinion written by Brennan, saying, "Though symbols often are what we ourselves make of them, the flag is constant in expressing beliefs Americans share, beliefs in law and peace and that freedom which sustains the human spirit. The case here today forces recognition of the costs to which those beliefs commit us. It is poignant but fundamental that the flag protects those who hold it in contempt."

Cumberland County Superintendent Frank Till Jr. said he just learned of the situation on Tuesday morning and is gathering the facts to decide how they will proceed.

"I don't want to make any comments until I get it sorted all out," Till said.

A friend posted on Francis' Facebook said that he was "just showing a point and teaching." Francis agreed, responding, "The rest of the class understood. I don't even teach the student of this Sara Taylor person."

Interestingly, Francis was also a political candidate challenging Democratic state Rep. Elmer Floyd of Fayetteville in a primary. He said that he advocates for homeless rights, voting rights, a higher minimum wage and supporting women and gay rights and called for a "revolution in the education system.

Texas v. Johnson inspired a fictional presidential speech from fake President Andrew Shepard from Aaron Sorkin movie "The American President." In the film, Shepard is dating a woman who once protested South African Apartheid and burned a flag.

"You want to claim this land as the land of the free? Then the symbol of your country cannot just be a flag," he says during a press conference. "The symbol also has to be one of its citizens exercising his right to burn that flag in protest. Now show me that, defend that, celebrate that in your classrooms. Then you can stand up and sing about the land of the free."

On Election Day in 2015, Francis posted a photo of himself reminding people to get out to the polls. An American Flag hangs behind him. 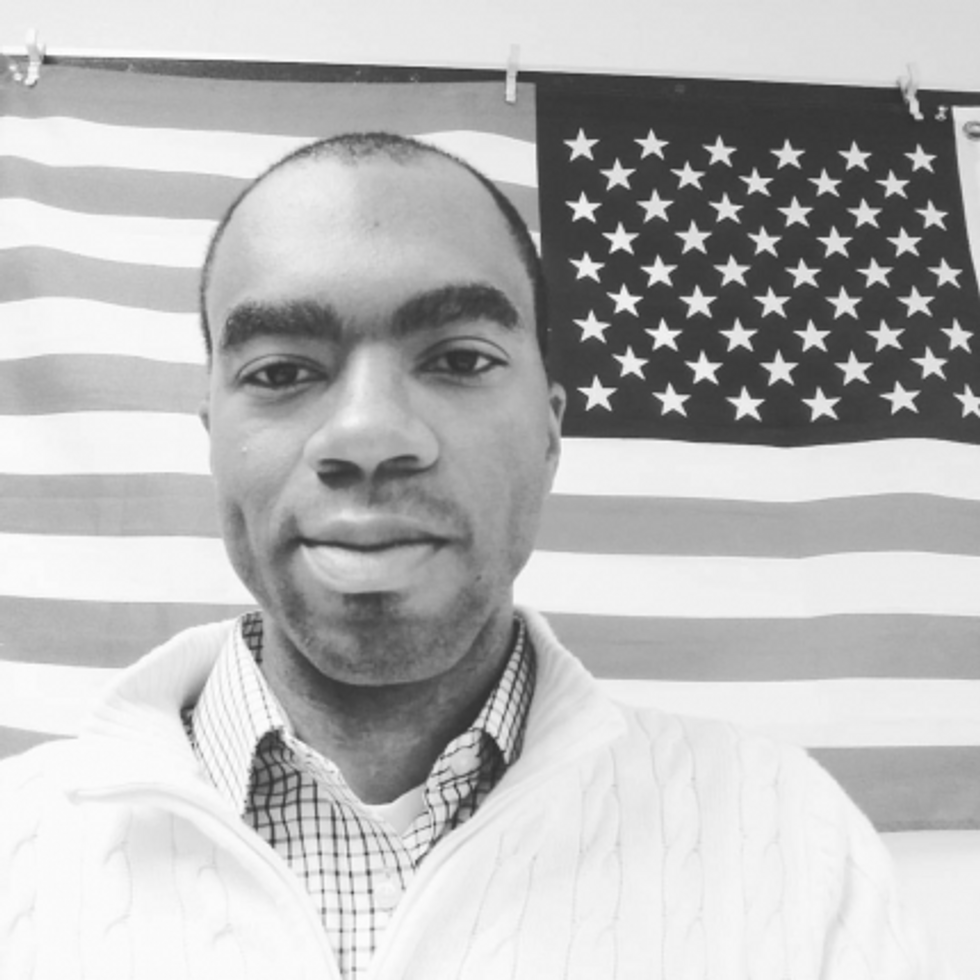