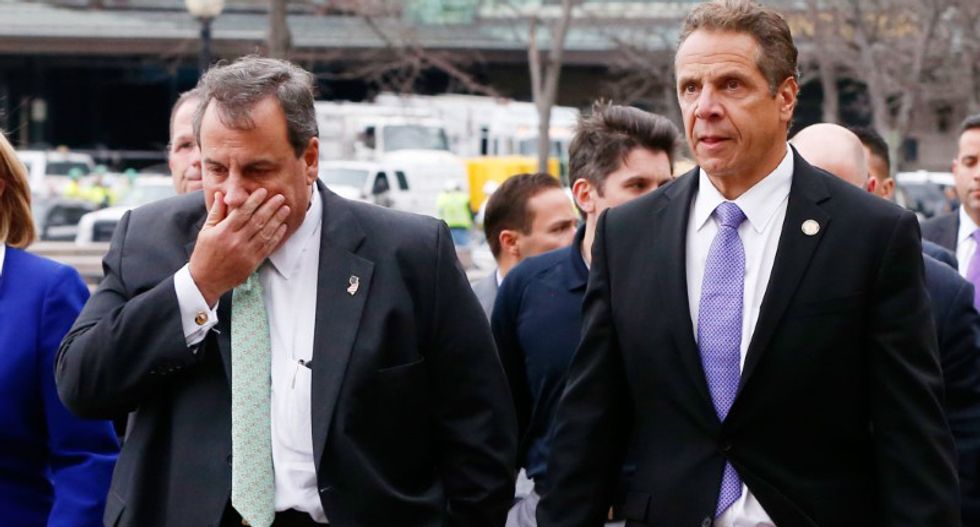 A deadly New Jersey Transit train crash this week has renewed questions about Republican Governor Chris Christie's hard-nosed approach to a public transit funding crisis, even as he announced a compromise on Friday to pay for long-delayed construction projects.

The timing of Friday's announcement seemed telling, despite the fact there is no reason yet to suspect a link between the crash and a lack of funding, said Brigid Callahan Harrison, a political science professor at Montclair State University.

"I think this put considerable pressure on the governor and the state legislature to fix a situation that had not been solved since August," she said.

A spokesman for Christie, however, said the meeting with legislative leaders to discuss a potential resolution was scheduled days before the Hoboken tragedy.

New Jersey Transit, among the busiest commuter rail systems in the United States, has suffered from huge budget pressures as Christie and state legislative leaders have sparred over how to pay for much needed infrastructure improvements, experts said.

Thursday's crash inside Hoboken Terminal killed one woman and injured more than 100 others after the train hurtled into the station, smashing through a platform and collapsing a section of the roof.

On Friday, Christie, a Republican, and the Democratic leaders of the legislature's two houses announced a $16 billion deal to fund the state's transportation trust fund, which provides money for capital projects for highways and public transit, through 2025.

The trust fund had essentially gone bankrupt earlier this summer after Christie and legislators could not agree on how to replenish it. The governor declared a state of emergency in July and froze hundreds of ongoing projects, including $2.7 billion worth of New Jersey Transit work.

Christie has been the "biggest obstacle to restoring solvency to the transportation trust fund," said Janna Chernetz, the director of New Jersey policy for the Tri-State Transportation Campaign, an advocacy group.

She said Friday's deal, while good news, would keep funding basically level when adjusted for inflation.

"It's just unfortunate that it took this much to get this little," she said.

The accident's cause remains unknown. In an opinion piece in the Star-Ledger newspaper on Friday, the state's transportation commissioner, Richard Hammer, called it "irresponsible" to suggest any link between the trust fund shutdown and the Hoboken crash.

New Jersey Transit's funding problems go well beyond the trust fund, however. The state's direct subsidy for the agency's operating budget has decreased 90 percent in the last dozen years, according to transit experts, even as ridership has grown 20 percent.

Approximately one-fifth of the annual operating budget has come from the capital budget, according to Chernetz.

Meanwhile, the agency has been without an executive director since last year and has canceled every public board meeting since June, leaving observers in the dark about how it plans to close a massive budget gap this year.

"Infrastructure is a basic building block of our economy in New Jersey for all the obvious reasons, starting with the fact that we're a corridor state," said Loretta Weinberg, the Democratic majority leader in the state Senate and a vocal Christie critic. "All the governor has ever done is cancel, veto or stand in the way of moving ahead."

Christie's spokesman responded by pointing out that Christie was the first governor in decades to agree to a gas tax increase.

And the Republican minority leader of the Assembly, Jon Bramnick, noted that Democrats have had significant majorities in both houses for more than a decade and that the issue of funding transportation has not been adequately addressed.

"If any group or agency would come to us and say there are safety issues and we need emergency funding, I guarantee that Republicans, Democrats and this governor would come together and find a solution," he said.

Harrison said Christie had long refused to increase the gas tax in order to bolster his conservative credentials as he prepared to run for the 2016 Republican presidential nomination.

"This was a foreseen situation; we knew about this two years ago," she said. "I think the governor bears a fair amount of the responsibility, because for much of that time, he has been focused on his national ambitions."

Christie, who is a key adviser for Republican presidential nominee Donald Trump, has seen his political ambitions fade after his embroilment in the "Bridgegate" scandal.