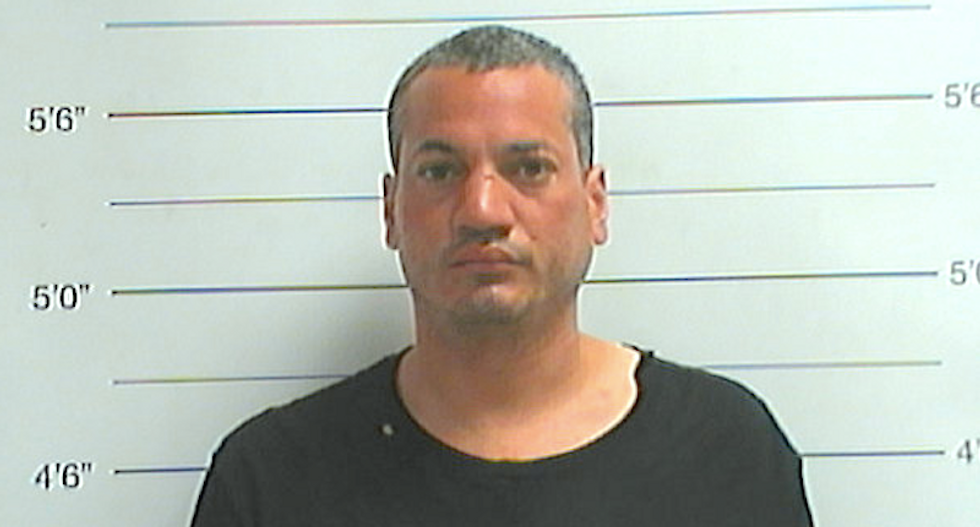 A New Orleans man has become the first person to be charged with a hate crime under Louisiana's controversial "blue lives matter" law -- but police have already said the law was probably misapplied.

Raul Delatoba was arrested about 5:15 a.m. Monday for drunkenly banging on a window at the Royal Sonesta Hotel on Bourbon Street, and he swore at and used vile slurs against witnesses and officers, reported The Times-Picayune.

"The hate crime charge stems from Delatoba's attack on individuals based on their race, sex, and occupation," the warrant states.

But police said Thursday that officers misapplied the hate crimes statute -- which lists first responders among protected groups -- after the Anti-Defamation League and other groups criticized the department for the charge.

The American Civil Liberties Union of Louisiana said Delatoba's language was "deeply offensive," but pointed out his speech was protected under the First Amendment.

"While racist, sexist, and other similar language may show a lack of respect for law enforcement, it is the job of the police to protect even the rights of those whose opinions they don't share," said Marjorie Esman, the state ACLU director.

Allison Padilla-Goodman, of the ADL, said the verbal attack was "horrible," she said it did not attach to an underlying crime -- which state law requires.

Hate crimes may be associated with simple property damage, but Padilla-Goodman said the victim of that crime was the hotel, not police officers or a security guard at whom Delatoba also hurled a racial slur.

Padilla-Goodman, who trains police on how to apply hate crime laws, said the hotel window had not been targeted because of the security guard or police officer Delatoba used racial slurs against.

Prosecutors said they would review the police reports and interview victims and witnesses before deciding whether to drop the hate crime charge against Delatoba, who was also charged with damaging property and disturbing the peace.

State Rep. Lance Harris (R-Alexandria), the "blue lives matter" bill sponsor, said he was unaware if anyone else had been charged under the law, and he said prosecutors should decide whether it should apply to Delatoba.