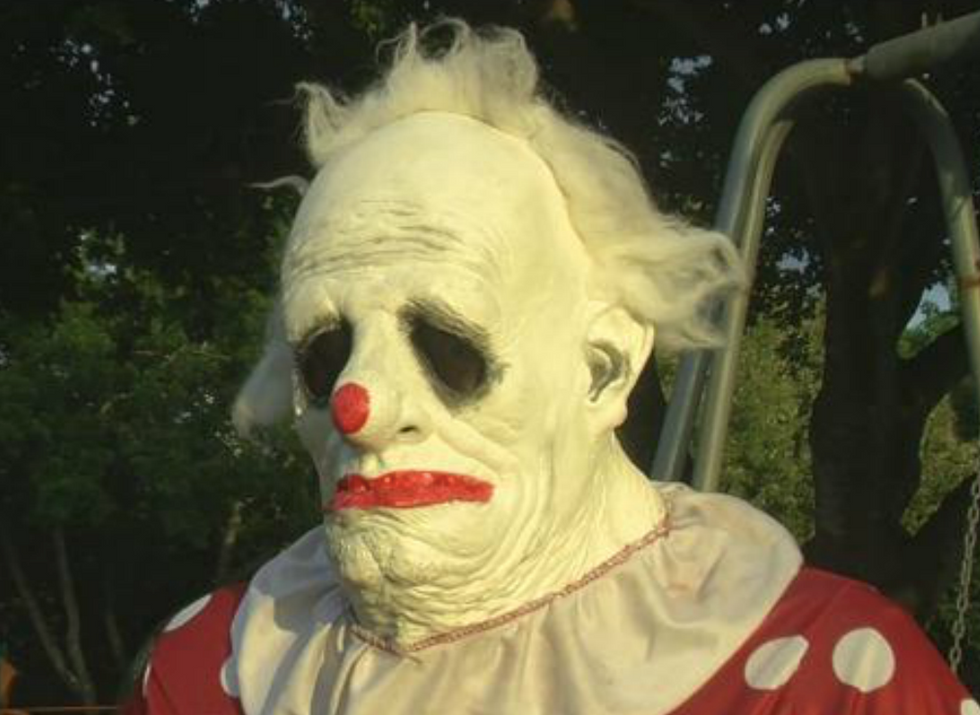 A North Carolina man who told police someone dressed as a clown had knocked on his window at night landed in jail on Friday after admitting he fabricated the story, the latest twist in string of such reported sightings in recent weeks.

David Wayne Armstrong, 24, described to Winston-Salem police how he had chased the clown into nearby woods, but the agency said in a statement he had lied. He was arrested on a charge of filing a false police report.

The Winston-Salem Police Department also said Friday it had found no evidence to substantiate a report earlier this week of a clown attempting to lure children into a wooded area by offering them treats.

Alleged clown sightings in the state and neighboring South Carolina since late August have stumped police and left residents on edge. In most cases, however, investigators have found no one matching the varying descriptions of the clowns.

Creepy clowns are a fixture of pop culture and entertainment in America. But reported sightings of scary-looking clowns also conjure up real-life horror stories like those about John Wayne Gacy Jr., the serial killer and rapist who dressed as a clown and murdered more than 30 teenage boys and young men in Cook County, Illinois in the 1970s.

In Greenville, South Carolina, where there have been several alleged sightings, police are treating the cases as suspicious activity while trying to determine if they are legitimate or hoaxes.

"We’re still investigating to see what the actual purpose is, whether it’s for ill intent or if it’s a prank," said Officer Gilberto Franco, a Greenville police spokesman.

Police in Greensboro, North Carolina, said they believe witnesses who on Tuesday alerted them to a person wearing a "scary clown mask," red curly wig, yellow dotted shirt, blue clown pants and clown shoes in woods near an apartment complex.

But as of Friday, officers had not found the clown, who according to a statement was chased off by a man wielding a machete.