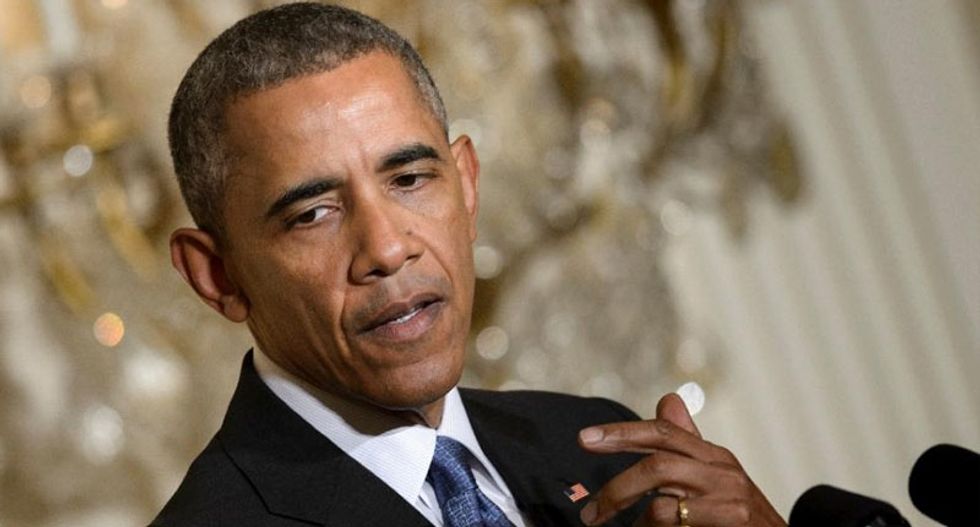 Obama was set to discuss strategy for the TPP in the Oval Office with Kasich, who fell short in his bid to be the Republican presidential candidate in the Nov. 8 election, and arranged for him to speak with reporters afterward from the White House briefing room lectern.

The unusual move is a sign of how the White House intends to make a final full-court push to convince Republican leaders in the U.S. Congress to approve the deal in a "lame duck" session after the election, where the TPP has been pilloried by both Republican and Democratic candidates.

"I welcome the fact that people will criticize me for putting my country ahead of my party," Kasich told CNN ahead of the meeting.

"The two most vociferous opponents of the trade agreement are (Russian President) Vladimir Putin and (Chinese President) Xi (Jinping), one of the most repressive leaders in the history of China," he said. "That in and of itself can tell you why this agreement is so important."

Republicans traditionally have backed free trade deals, but their presidential candidate, Donald Trump, has blamed them for U.S. job losses and threatened to tear them up should he win.

Senate Majority Leader Mitch McConnell has said the deal would not get a Senate vote this year, and House Speaker Paul Ryan has said he does not see enough votes for it to pass.

Democratic candidate Hillary Clinton has also opposed the deal, which is unpopular with labor unions and environmental groups.

Obama has said he hopes opposition cools after the election. The White House has pointed to opinion polls showing most Americans support trade as a sign that the TPP could still squeak through Congress.

On his final trip to Asia earlier this month, Obama spent time reassuring nervous partners that the United States would finalize the deal. But on Friday, Vietnam's parliament indicated it would not ratify the deal quickly.

Failure to pass the TPP would prompt Southeast Asian countries to turn to China and Russia, Kasich said in an opinion piece in the Wall Street Journal on Friday.