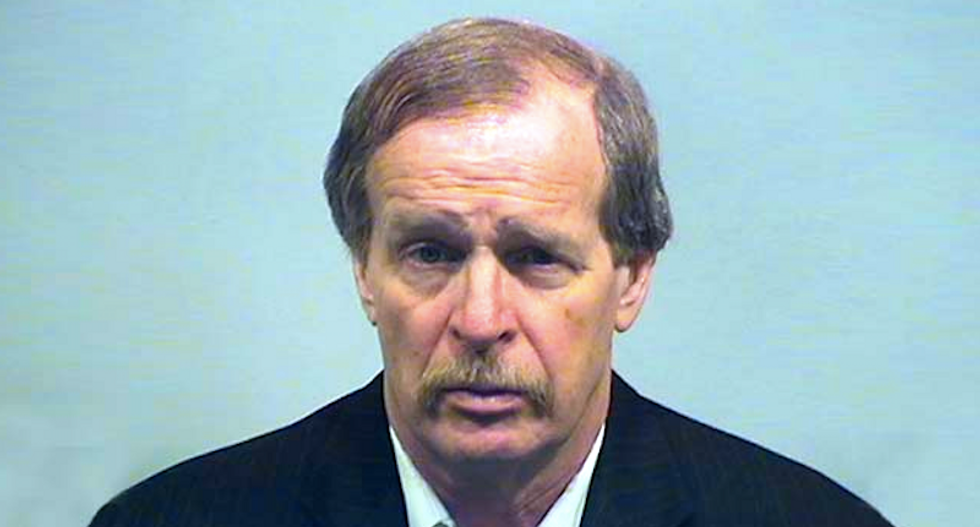 A former Ohio mayor has admitted to repeatedly raping a child, prosecutors said -- but the self-described Christian blames the girl for her own sexual abuse.

Richard Keenan, who served as mayor of Hubbard in 2010 and 2011, was indicted last month eight counts of rape and 12 counts of attempted rape and gross sexual imposition, reported the Youngstown Vindicator.

The 65-year-old Keenan pleaded not guilty last month during a court appearance, but prosecutors said he admitted to sexually assaulting the girl over a three-year period, beginning when she was 4 years old.

Prosecutors said Keenan confessed to the sex abuse to his wife, a pastor, a social worker and his brother- and sister-in-law.

According to court filings, the child told Keenan's wife about the abuse and she confronted him -- and he then admitted "I did it."

Keenan also admitted the abuse during group discussions at a nearby hospital, and he then voluntarily checked himself into a psychiatric facility because he was suicidal.

He told a social worker there that he had molested the girl for at least two years, beginning in September 2013, but he blamed the child for initiating the sex acts and described her as a "willing participant."

Keenan, who bragged about his Christian values after he was sworn in as mayor, also discussed the abuse at length with a pastor.

“I’m a Christian," Keenan told the Vindicator in 2010. "Dedicating my life to Jesus has changed my life. Don’t preach it, but live it."

Prosecutors have filed a motion asking Judge Peter Kontos to rule on whether those documented admissions may be presented to jurors as evidence, or whether they are privileged -- which would prohibit their inclusion at trial.

Husbands and wives may testify against their spouse if they wish under Ohio rules of evidence.

Pastors cannot be compelled to testify under Ohio law if confessions or confidential statements are made directly to them.

Keenan, who is scheduled to stand trial in April, remains free on $75,000 bond.

He also served on City Council in the 1990s, when he also worked as a probation officer.