‘Please stop’: Young girl begs as unapologetic Texas dad drags her through Walmart by the hair 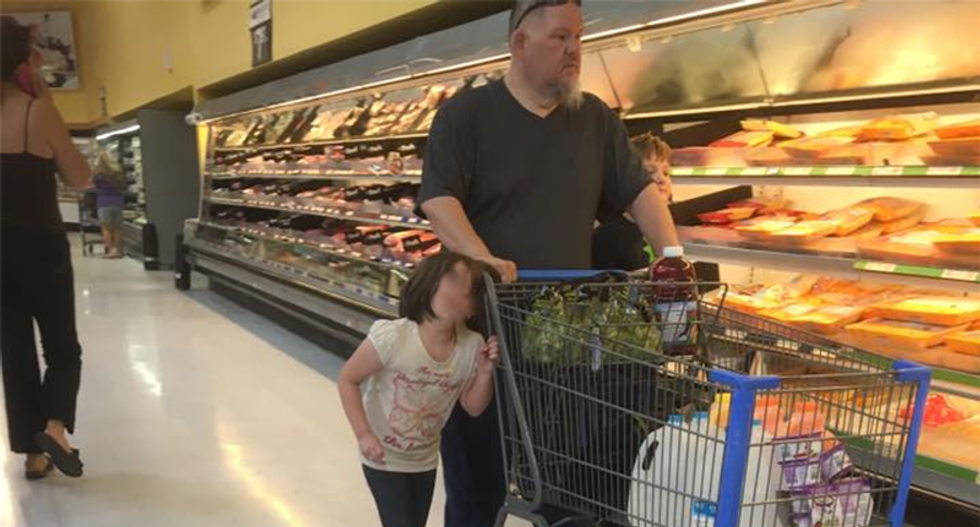 Photos of a Cleveland, Texas man pushing a cart through a Walmart store while dragging his young daughter by the hair have gone viral on Facebook with over 130,000 shares.

According to Facebook poster Erika Burch, the man was seen while she and her husband were grocery shopping. Burch's husband pointed out the incident and she walked by to snap 7 photos of the incident, including the business card of the police and a notation of the case number.

Burch said that the girl could be overheard saying, "Please stop, I promise I won't do it again. Please stop!"

She then demanded that the man let go of the little girl. The man told her to mind her own business, but she refused. "Right now, this little girl is my business and you need to let her hair go now!" she reported saying. She said that the man replied that he grew up "fine" implying similar discipline was inflicted upon him.

Burch called police, who agreed the man acted inappropriately. But when the Sergeant arrived, he said nothing could be done because the girl didn't show signs of hair missing or bruises. For it to be abuse, bodily injuries to the child must be visible.

Police told KTRK that they are concerned for the children who are in the man's care, agreeing he "appeared to have been a little aggressive at the time," Cleveland Police Chief Darrel Broussard said.

Burch is earning a fair amount of support but also some criticism for getting involved, but she stands by her decision. "You can discipline a child without dragging them by the hair on their head, especially in Wal-Mart," she said.

"Now this baby had to go home with this monster thinking that nobody cared about her and it's okay for this animal to pull her by the hair of her head," Burch wrote on Facebook.

"I want help for that little girl so that she knows nobody is supposed to do that to her," Burch said.

You can see all of the photos and Burch's post below: