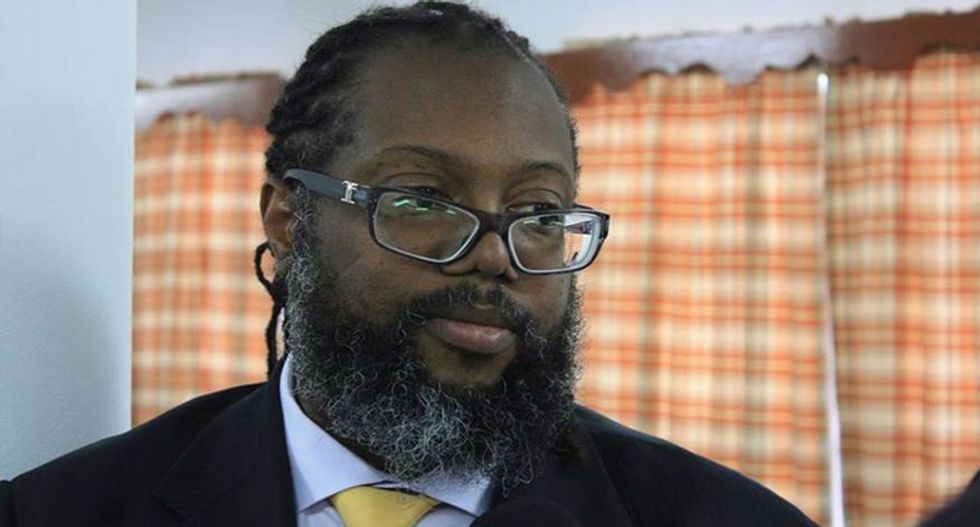 Selwyn Pieters is a prominent black lawyer in Toronto and when the security guard denied him entry to the law society's headquarters he said he was humiliated.

He was visiting the headquarters in July with a group of black students. The guard asked to see his law society identity card while white people entering were buzzed in without the same request. His card ended up being expired, so the guard denied him entry. The protocol for expired ID cards is for the guard to call for a database check, but that didn't happen in this case.

He's now filing a complaint that demands $75,000 in damage and asking the tribunal order the Law Society of Upper Canada to implement a training for anti-black racism for all security guards, lawyers and other employees.

“The attitude was I could not be a lawyer. What the guard did to me was quite shocking. I’m very upset about it,” Pieters told The Canadian Press. “It’s based on the fact that I’m black and I believe based on the fact that I have dreadlocks.” He further said that the treatment both "fosters and perpetuates" the frequent exclusion of black lawyers.

Robert Lapper, the society's top executive said in a letter to Pieters he believes that the security guard followed proper procedure and no profiling took place.

If it was a matter of the fact that the guard recognized the white members and not him, Pieters explained that everyone should know him since the society's Facebook page loves displaying him in photographs as he is one of few black people that attends.

This isn't the first time it's happened to Pieters either. Three years ago, Ontario's top court upheld a tribunal finding of racial discrimination when Pieters and two other African American people with him were asked for ID when entering the lawyers' lounge at a courthouse in Brampton, Ont. Whites weren't asked for ID.