'Register to vote, get a taco': Houston taco trucks put voter registration booths 'on every corner' 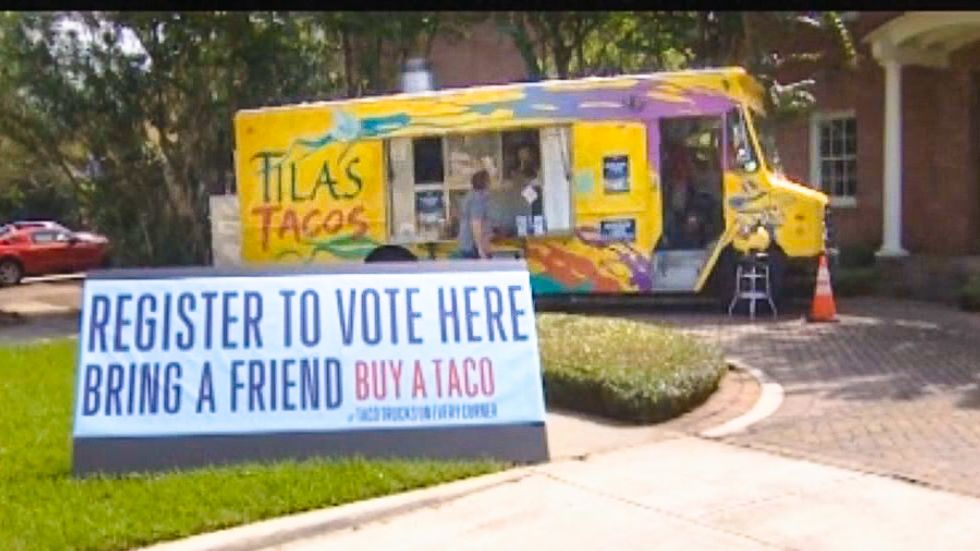 Taco trucks of Houston, Texas have joined together to become voter registration booths.

Earlier this month, Latinos for Trump founder Marco Gutierrez warned that there would be "taco trucks on every corner" if Donald Trump lost the 2016 presidential election.

That prompted designer Thomas Hull to team up with Latino activist group Mi Familia Vota to turn the taco trucks of Texas into voter registration booths, according to Houston Public Media.

Hull explained to KBMT that he found Gutierrez's comments humorous "because here in Houston we do have taco trucks on every corner and love them."

"Listening to the debate last night, people are starting to clue in to the fact that however you vote, your vote will effect you and your personal life," Hull added.

Voter registration runs through Oct. 11. The following taco trucks have agreed to participate.