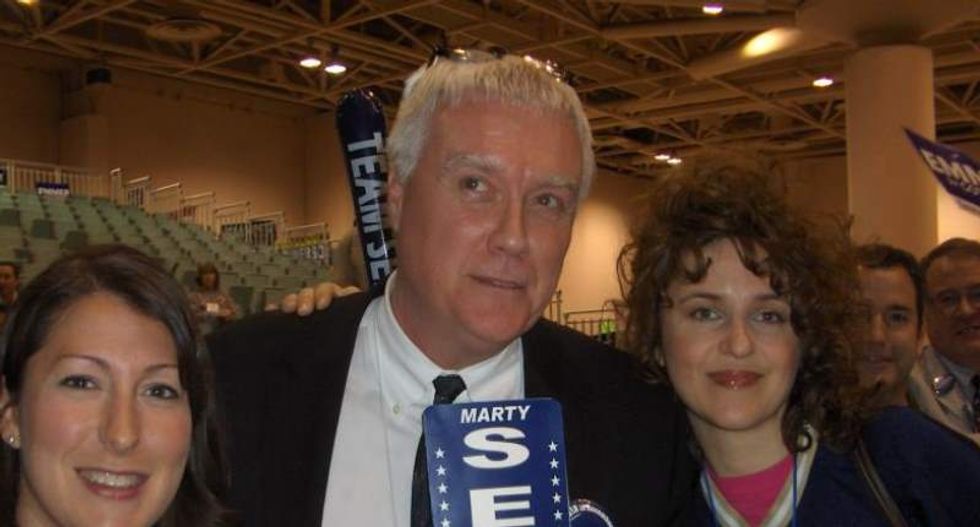 A federal appeals court ruled 2-1 against a conservative Minnesota blogger who sued police because they arrested him for threatening three Muslim women outside a conference in 2011, Minneapolis CityPages reported.

The court upheld a district court verdict against John Hugh Gilmore stemming from his encounter in Minneapolis with Anwar Hijaz, Jamila Boudlali and Elisabeth Geschiere, during which Gilmore berated the women, taking their picture without their consent and "demanding" to know why they were in the country.

"He started saying things like, 'This is America, welcome to America, this is the western world,'" Geschiere said at the time. "So I immediately retorted like, 'Dude, we all grew up in America.'"

Boudlali and Hijaz were attending the Netroots Nation progressive conference in the city at the time and were talking to Geschiere when Gilmore -- who was attending a conservative event at the time -- approached them and asked for their opinion on Ayaan Hirsi Ali, a staunch critic of Islam.

Video of the encounter shows Gilmore arguing with the women and a group of witnesses, and putting his phone to his ear and saying, "Andrew Breitbart, hello." He also reportedly said, "I haven’t hit anyone ... yet. Just wait."

Gilmore was later taken into custody and charged with obstruction of the legal process and misdemeanor disorderly conduct. Even though the charges were dropped, he filed a suit accusing officers of First, Fourth, and Fourteenth Amendment rights. The district court ruled that the officers had probable cause to arrest him because of the multiple witnesses confirming his harassment of the women, a decision the appeals court supported.