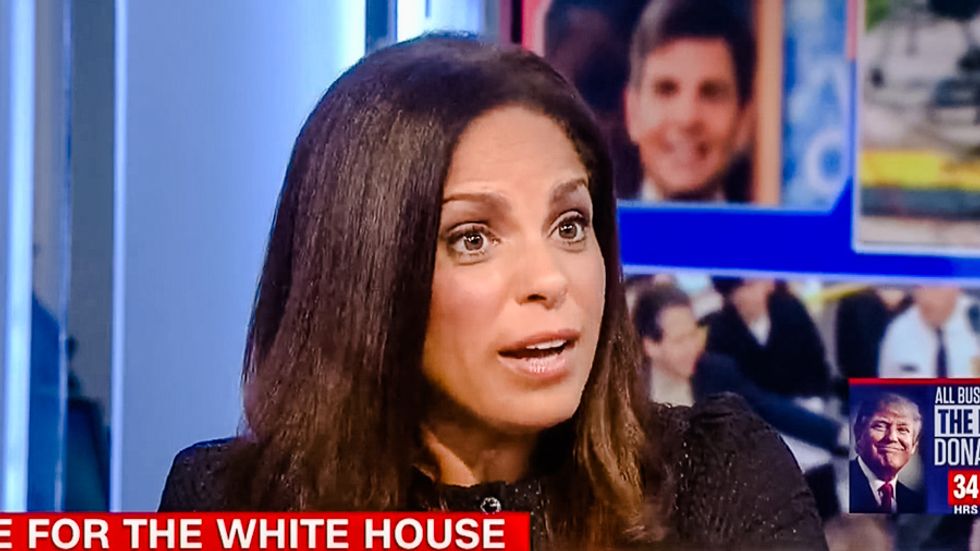 Former CNN host Soledad O'Brien blasted the cable news business over the weekend for profiting off the hate speech that has fueled Donald Trump's political rise.

According to O'Brien, the media had gone through "contortions to make things seem equal all the time" when comparing Trump to Democratic nominee Hillary Clinton.

"If you look at Hillary Clinton's speech where she basically pointed out that what Donald Trump has done -- actually quite well -- has normalized white supremacy," O'Brien explained to CNN host Brian Stelter on Sunday. "I think she made a very good argument, almost like a lawyer. Here is ways in which he has actually worked to normalize conversations that many people find hateful."

"I've seen on-air, white supremacists being interviewed because they are Trump delegates," she noted. "And they do a five minute segment, the first minute or so talking about what they believe as white supremacists. So you have normalized that."

"And then Donald Trump will say, 'Hillary Clinton, she's a bigot.' And it's covered, the journalist part comes in, 'They trade barbs. He said she's a bigot and she points out that he might be appealing to racists.' It only becomes 'he said, she said.' When in actuality, the fact that Donald Trump said she's a bigot without the long laundry list of evidence, which if you looked at Hillary Clinton's speech, she actually did have a lot of really good factual evidence that we would all agree that are things that have happened and do exist. They are treated as if they are equal."

O'Brien insisted "that's where journalists are failing: the contortions to try to make it seem fair."

The former CNN host argued that the question that journalists should be asking is if Trump is "softening the ground for people -- who are white supremacists, who are white nationalists, who would self-identify that way -- to feel comfortable with their views being brought into the national discourse to the point where they can do a five minute interview happily on national television?"

"And the answer is yes, clearly," she said. "And there is lots of evidence of that."

O'Brien observed that cable news outlets were effectively being rewarded for bad behavior.

"So hateful speech brings a really interested, angry audience," she noted. "This is genius! We should do this more often. What shall we do when this election is over? We're going to have to think about ways to really rile people up, make them angry and divide them."

"Because that is something that cable news, frankly, and everybody can cover really well," O'Brien lamented. "So, I find it very frustrating. I believe he was over-covered at the beginning."

"Now, it is 'he said, she said' all the time. We have lost context. We actually don't even cover the details of something. We just cover the back and forth of it. It's funny to watch if it weren't our own country and our own government actually operating."