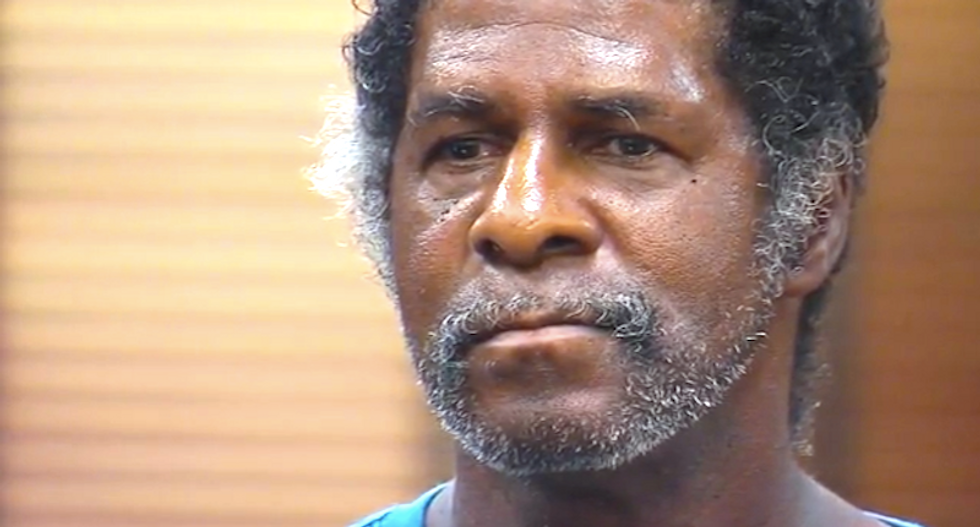 A Tennessee parole board refused again to clear the name of a black man who spent 31 years in prison for a rape he didn't commit.

Lawrence McKinney was released in 2009, after DNA evidence got his 1978 conviction on rape and burglary charges overturned, but he has been unsuccessful in obtaining an executive exoneration, reported The Tennesseean.

The 60-year-old McKinney appeared Tuesday before a parole board, where he told state officials that he turned down a five-year plea agreement in exchange for his testimony against another man because he simply "didn't know anything about the crime."

He was eventually convicted in the case and sentenced to 100 years in prison for the rape and 10 to 15 years for the burglary.

McKinney testified during the four-hour exoneration hearing that he was at home when the victim was sexually assaulted and raised his voice several times as he defended himself.

He explained to the parole board that he had made admissions about the crime at a previous hearing, after he'd spent 28 years behind bars, in hopes of getting released -- but board members asked whether he was telling the truth then or now.

Tim Gobble, the parole board member who conducted the hearing, questioned the completeness of the DNA evidence that led to McKinney's release -- and he pointed to the lengthy disciplinary record the wrongfully convicted man compiled while spending decades in prison.

McKinney did not deny the reported 97 incidents he was involved in while incarcerated, but he explained to the parole board that "only the strong survive" in prison culture, the newspaper reported.

A former inmate urged the parole board not to exonerate McKinney, who he said had stabbed him during a prison altercation, but McKinney's attorney said the claims were false.

The parole board recommended 7-0 not to exonerate McKinney, who had also failed to get his name cleared in one previous attempt shortly after DNA evidence showed he had not raped the woman.

Exoneration is an additional declaration of innocence awarded by the governor that would allow McKinney to file for compensation with the Tennessee Board of Claims.

Former Gov. Phil Bredesen decided not to overrule the board's recommendation the first time and exonerate him, but McKinney's attorneys plan to ask current Gov. Bill Haslam to clear his name.

"I got two good lawyers that God put by my side, then I got a pastor and I got a church who going to stand behind me, and I'm going to do the best that I do to show who Jesus Christ is, and I got a beautiful wife," said McKinney, who remains hopeful.