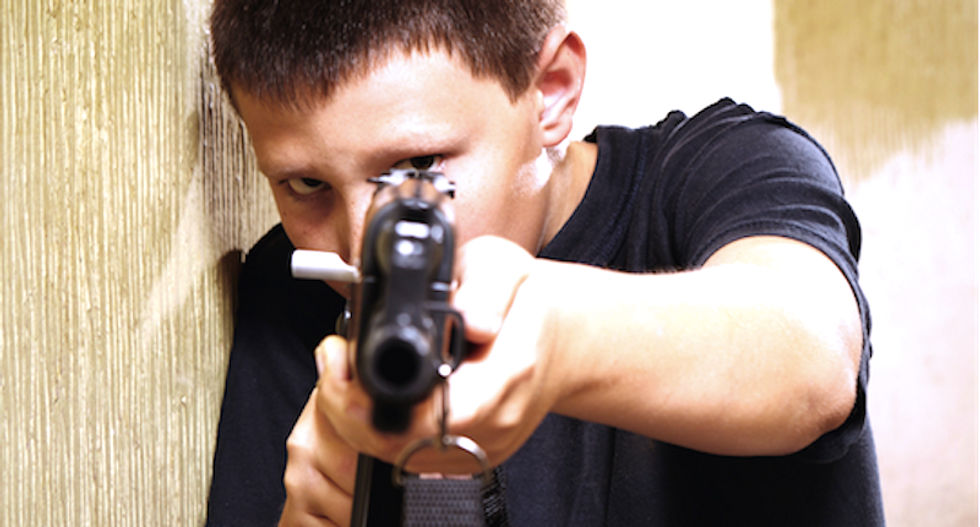 A California teen methodically plotted to kill dozens of students and teachers at his high school, police said.

Investigators said the teen, whose name has not been released, created a hit list naming 33 students and teachers as part of a detailed mass shooting plot at Encore High School for the Arts in Hesperia, reported the Los Angeles Times.

A parent notified the San Bernardino County Sheriff’s Department of the plot on Saturday, and deputies discovered threats the teen made on social media.

They interviewed the teenager Sunday but did not have enough evidence to arrest him at the time.

Deputies went to the school Monday morning and interviewed students and staff about the possible threat, and they executed a search warrant the following day.

Detectives found the teen had limited access to legally registered firearms in the home, and they found enough evidence of the plot to arrest the student Tuesday night.

“The information we have at this point is he was the lone suspect in this plot,” the sheriff said.

A bomb squad and police dogs searched the school campus for explosives based on evidence uncovered by investigators, but none were found.

The teen remains in police custody at the High Desert Juvenile Detention Center.

Detectives uncovered a motive in the case but declined to reveal it until the case goes to trial.